Their decisions are made out of weakness, not anti-Semitism

[The USA is still Israel's natural ally in global affairs] 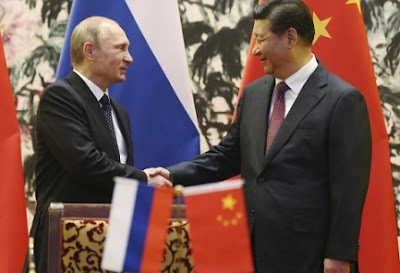 The recent resolutions by the United Nations Educational, Scientific and Cultural Organization denying the Jewish link to the Temple Mount and the Western Wall in Jerusalem are so absurd and detached from reality that it is hard to believe they were passed by what is supposed to be one of the world's most respected international bodies.

These resolutions, however, must be used to make the world face the clearest of realities, namely the fact that Arab claims are devoid of logic, and that the international community so readily capitulates to Palestinian whims because of its own cowardice.

The Arab-Muslim bloc was prominent among the countries that voted in favor of the resolution, unfortunately proving, yet again, the "no partner" assertion by Israelis who are wary of negotiations with the Palestinians. After all, if this is what the Palestinians and Arabs believe, what point is there to negotiations?

If Israel and the Jewish people have no historic or religious link to the Temple Mount and Jerusalem, the Palestinians could move to debunk Israel's claim to its historic homeland, making any negotiations an act of deceit meant to eliminate the Jewish state. If the Palestinians can secure international achievements such as the UNESCO resolution, they have no need for peace talks and that, in turn, only increases Israel's apprehension.

Of the nations that voted in favor of the resolution, China's and Russia's voting patterns stand out. China is a rising global economic power that is trying to rival the United States, while Russia is trying to extricate itself from the international corner it has been painted into following the collapse of the Soviet Union's communist empire.

They each pursue a dynamic foreign policy, pushing the U.S. at various junctures. China does it in the South China Sea, and Russia does it in Eastern Europe and the Middle East.

Still, while their vote was opposite to that of the U.S., this time it was a sign of weakness, not strength.

Many Israelis view the UNESCO vote in terms of anti-Semitism, but this does not seem to be the case.

While Russia has a longstanding tradition of anti-Semitism, once cannot level such an accusation at President Vladimir Putin. Neither would it be correct to say as much of China's motives.

Conversing with Chinese experts on the Middle East, I once asked them about the reasons for the gap between China's desire to improve relations with Israel and the realpolitik practices it pursues. After all, judging by China's votes in the international arena -- it automatically sides with the Arabs -- one would think nothing has changed in Jerusalem-Beijing relations in the past 40 years.

In this case, China was practically shooting itself in the foot: Its claims to the South China Sea are based on a map of questionable historical accuracy, which many refuse to accept as authentic. China's vote on an issue rooted far deeper in history and tradition potentially opened the door to similar U.N. resolutions in the future, undercutting its historic right to the South China Sea, and perhaps even Tibet.

Reeling from the comparison between the Palestinians and Tibet, my interlocutors claimed it was "not the same thing," and offered two possible explanations: one political and one sociological.

From a political standpoint, China is a weak country, I was told. It has to climb to the top of the global sphere despite fierce opposition, and it needs all the support it can get on the international stage. The Islamic bloc, comprising 57 of the U.N.'s 193 members, is therefore crucial, and China cannot afford to lose it, even if the Chinese believe Israel is in the right on a specific issue.

China has nothing against Israel and would like to improve relations in all areas, but it cannot ignore the power the Muslim bloc wields at the U.N., which is why it cannot change its voting patterns. This has nothing to do with the actual diplomatic ties between Israel and China.

From a sociological standpoint, there is a gap between the sympathy young Chinese feel for Israel and the older generation, still entangled in outdated perceptions and irrelevant historical obligations. Once the generation of Chinese leaders changes, I was told, Israel's position in terms of Chinese policy will improve as well.

The political explanation coincides with the decision-making process in Russia. There, too, the only thing that matters is the number comprising the Muslim bloc versus the number making up the bloc of countries that support Israel.

China and Russia share concerns over Islamic extremists, and it is important for them not to burden their relations with Muslim countries.

Neither seems to be able to rise above tradition, outdated as it may be. This is not a sign of strength but of weakness: Like Beijing's claim to the South China Sea, Russia's claim to Crimea is not as historically solid as Israel's claim to the Temple Mount. For this reason, Russia is also taking a chance by supporting the Palestinian move in UNESCO.

Israelis who cultivate pipe dream of substituting Israel's long-time bond with the U.S. for an alliance with China and Russia should take a long, hard look at UNESCO's resolutions. Moscow's and Beijing's policies lack the ethical basis that is so significant in U.S. policy, and the chances of forging a similar long-term bond with either are slim.

Israel, which will forever be small and lacking sister-states in the international arena, is more naturally inclined to foster deep and binding ties with the U.S. than with countries like Russia and China, which are still held captive by outdated traditions, at least with regard to their conduct on the global stage.
Posted by Steve Lieblich at 8:11 am