Moving the American Embassy to Jerusalem

Summary of a presentation by Amb. Dore Gold to the U.S. House of Representatives Committee on Oversight and Government Reform on Nov. 8:

Posted by Steve Lieblich at 4:44 pm No comments:

Terror Links of Students for Justice in Palestine

Members of the NYU chapter of Students for Justice in Palestine hold a ‘die-in’ on campus.
Photo: NYU SJP / Facebook.

The anti-Zionist campus group Students for Justice in Palestine (SJP) seeks “to isolate, demonize, and ultimately destroy” Israel with the help of terror-linked financial and ideological supporters, according to a new report by a Jerusalem-based think tank.

Authored by Dan Diker and Jamie Berk of the Jerusalem Center for Public Affairs, the report cautioned against viewing SJP “as a pro-Palestinian equivalent to pro-Israel student groups,” noting that it rejects cooperation with organizations that support Jewish self-determination, incites against Jewish students and rejects Israel’s existence in any borders.

The report highlighted multiple instances of American Jewish students being targeted for “anti-Semitic vandalism, verbal attacks, and outright violence” by SJP members, and pointed to studies conducted by the Brandeis University and the watchdog group AMCHA Initiative, which “found a correlation between the presence of SJP and a rise in campus anti-Zionism and anti-Semitism.”

In one of several examples provided, the report pointed to Professor M. Shahid Alam, Northeastern University’s SJP faculty advisor, who in 2012 told students that they should be proud to be called antisemites. “Wear that as a sign of distinction,” Alam said in filmed remarks. “This proves that I’m working for the right side, for the just cause.”

Jewish students also complained of being “spat on, harassed, and assaulted on campus by SJP protestors” at Stanford, Cornell and Loyola University in Chicago. “In 2014, a man tabling for SJP at Temple University punched a student in the face and called him a ‘kike’ and ‘baby-killer’ for asking to discuss Israel,” the report noted. “In 2010, a Jewish student holding a sign saying ‘Israel Wants Peace’ was rammed with a shopping cart by an SJP activist during University of California, Berkeley’s Israel Apartheid Week.”

SJP’s ultimate goal of “eliminating the Jewish nation-state” is routinely made clear by the organization, according to the report, from its backing of resolutions endorsing the boycott, divestment and sanctions campaign — whose leaders publicly call for Israel’s destruction — to one of its favored chants, “From the river [Jordan] to the sea [Mediterranean], Palestine will be free.”

SJP members and chapters have expressed support for terrorist organizations that seek to advance this objective, going so far as to invite convicted terrorists to address students on campus. In 2013, SJP at American University organized a Skype conference with Khader Adnan Mohammed Musa — a spokesperson for Palestinian Islamic Jihad who previously called for suicide bombings. “Who among you is the next suicide bomber? Who among you will carry the next explosive belt?” Adnan asked in 2007. “Who among you will have his body parts blown all over?”

Multiple SJP branches have also sympathized with convicted terrorists belonging to the Marxist-Leninist Popular Front for the Liberation of Palestine and the Islamist terrorist organization Hamas. Abdullah al-Barghouti — a Hamas bombmaker who helped murder 66 people and wound 500 others in multiple terrorist attacks — was called an “innocent” Palestinian prisoner by University of Alabama – Birmingham’s SJP chapter in 2012, along with two Islamic Jihad members.

Jonathan Schanzer, vice president for research at the Foundation for Defense of Democracies think tank, said in congressional testimony last year that American Muslims for Palestine (AMP) — whose leadership includes individuals who worked for organizations with links to Hamas — was “arguably the most important sponsor and organizer” for SJP.

Schanzer explained that “at least seven individuals who work for or on behalf of AMP have worked for or on behalf of organizations previously shut down or held civilly liable in the United States for providing financial support to Hamas: the Holy Land Foundation (HLF), Islamic Association for Palestine (IAP), and KindHearts.”

The report — which noted that “AMP leaders and supporters have been implicated for fundraising for Hamas” — emphasized that the group spearheaded efforts to unite SJP campus branches under a national organization in 2010.

The report called on university trustees, donors, alumni and administrators concerned by SJP’s activities to urge university administrations to “demand that their campus communities and state governments unmask, expose, investigate, prosecute, and sanction SJP in order to reign in extremist terror-supporting and anti-Semitic actions on U.S. campuses.”

It also pointed to legislation outlawing state support of entities that back boycotts of Israel, and claimed that the existence of SJP chapters at public universities in these states was illegal.

“Exposing the intensifying activity of Students for Justice in Palestine at over nearly 200 American campuses is necessary to neutralize SJP’s support for terror and political warfare against Israel,” it concluded.

SJP did not immediately respond to a request for comment.
Posted by Steve Lieblich at 4:38 pm No comments: 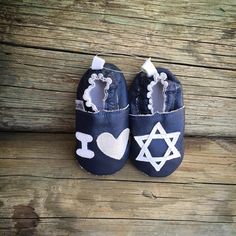 In 2017, Israel is the only advanced economy and Western democracy endowed with a relatively high fertility rate, which facilitates further economic growth with no reliance on migrant labor.  Moreover, Israel's thriving demography provides for bolstered national security (larger classes of recruits) and a more confident foreign policy.

In contrast to conventional demographic wisdom, Israel is not facing a potential Arab demographic time bomb. In fact, the Jewish State benefits from a robust Jewish demographic tailwind.

The substantial, systematic Westernization of Arab fertility – from 9.5 births per woman in 1960 to 3.11 in 2016 – has been a derivative of the accelerated integration of Israeli Arabs into modernity, in general, and the enhanced status of Israel's Arab women, in particular.

For example – as it is among the Arabs of Judea and Samaria, whose fertility rate is similar - almost all Israeli Arab girls complete high school, and are increasingly enrolling in colleges and universities, improving their status within their own communities. This process has expanded their use of contraceptives, delaying wedding-age and reproduction, which used to start at the age of 15-16, to the age of 20 year old and older.

In addition, Arab women are increasingly integrated into Israel's employment market, becoming more career and social-oriented, which terminates their reproductive process at the age of 45, rather than 50-55 as it used to be.  Furthermore, an intensified urbanization process has shifted an increasing number of Israeli Arabs from self-reliant agricultural to urban jobs, and from private rural homes to urban apartments, which has reduced the need for - and the convenience of raising– many children.

At the same time, since 1995, there has been an unprecedented rise in the rate of Jewish fertility - especially in the secular sector - resulting from a relatively-high level optimism, patriotism, attachment to national roots and collective/communal responsibility.

From 80,400 Jewish births in 1995, the number surged to 139,400 in 2016, while the annual number of Arab births remained stable at around 41,000. Contrary to conventional wisdom, the 73% rise in the number of Jewish births took place despite the mild decline of ultra-orthodox fertility (due to expanded integration into the employment market, higher learning and the military) and the stabilized modern-orthodox fertility, but due to the rising fertility of the secular Jewish sector.

The unprecedented tailwind behind Israel's burgeoning Jewish demography is documented by the proportion of Jewish births in the country: 77% of total births in 2016, compared with 69% in 1995. Also, in 2016, there were 3.2 Jewish births per Arab birth, compared to 2.2 births in 1995.

Moreover, while Aliyah (Jewish immigration to Israel) persists in higher numbers than forecasted by Israel's demographic establishment (26,000 in 2016), it has a dramatically higher potential, which obliges Israel to reintroduce the pro-active Aliyah policy – in France, throughout Europe, Russia, Ukraine, Argentina, etc. – as it was prior to the Aliyah of one million Jews from the former USSR during the 1990s.

Simultaneously, an annual Arab net-emigration has been documented, persistently, from Judea and Samaria (about 20,000, annually, in recent years), while the annual net-number of Israeli emigrants (staying abroad for over a year) – total departures minus total returnees – has decreased substantially: from 14,200 in 1990 to 8,200 in 2015.   At the same time, the population of Israel almost doubled from 4.5MN in 1990 to 8.4MN in 2015.

In March 1898, the leading Jewish demographer and historian, Simon Dubnov, ridiculed the Zionist vision, claiming that by 1998 there will be no more than 500,000 Jews in the Land of Israel….

In October 1944, the founder of Israel's Central Bureau of Statistics, Prof. Roberto Bachi, contended that under the best-case-scenario, in 2001, there will be 2.3MN Jews in the Land of Israel, a 34% minority….

...in 2017, in defiance of demographic conventional "wisdom," there are 6.8MN Jews in the Land of Israel (including Judea and Samaria), a 66% majority, benefitting from a robust demographic tailwind.


Posted by Steve Lieblich at 4:32 pm No comments: