The World Can Live Without Iranian Oil 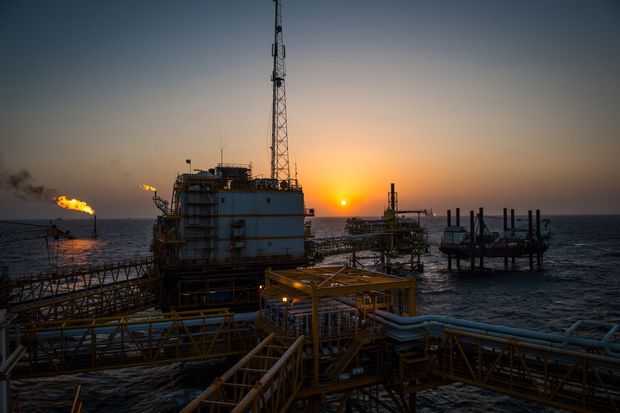 When President Trump ended U.S. participation in the Iran nuclear deal, he promised tough sanctions on the Iranian regime. On Monday our administration will deliver exactly that, reimposing sanctions on more than 700 people and entities in Iran’s energy, shipping and financial sectors.

The president has made clear that the U.S. supports the Iranian people’s aspirations for freedom and prosperity. He firmly opposes Tehran’s efforts to dash those aspirations—and to menace the world by developing ballistic missiles, launching cyberattacks, and funding terrorist proxies to destabilize the Middle East and beyond.

The new sanctions will deliver an unmistakable message to Tehran: Change your ways or suffer the consequences.

The Obama administration’s deal with Iran failed to curb Tehran’s egregious misconduct and ensure the safety of the American people. As the Trump administration exerts maximum pressure on the regime to reach a new deal, Iran’s energy sector is a natural target for sanctions. Iranian leaders use oil money to line their own pockets and fund destructive foreign adventurism rather than address their people’s needs.

The new sanctions will hit Iran’s energy sector hard. But thanks to anticipatory actions taken by the world’s leading producers, including the U.S., to make up the difference, there should be minimal effect on global energy markets.

In response, major oil suppliers such as Saudi Arabia, Russia and Iraq have increased production. So has the U.S., which became the world’s No. 1 oil producer in August. The U.S. Energy Information Administration expects global oil supply to meet demand in 2019 even without Iranian oil.

The U.S. has powered its energy renaissance with a cascade of innovation. America now produces more energy than anyone would have thought possible a few years ago. Between August 2017 and August 2018, U.S. crude oil production increased by 2.1 million barrels a day, the largest year-on-year increase in U.S. history.

And it only gets better: Crude-oil exports are expected nearly to double by 2020. When infrastructure projects in West Texas’ Permian Basin come online late next year, production will expand further. New cross-border pipelines will help Mexico and Canada increase their supply as well.

The U.S. is rising to world energy leadership at precisely the moment its abundance is most needed. America’s new energy bounty gives us leverage to hold Iran accountable as never before. While entities that flout our sanctions will face the full weight of U.S. economic power, those jurisdictions on a clear path to zero Iranian imports may be granted temporary exemptions to allow time to comply fully.

Empowered by its new energy arsenal that can free the world from reliance on Iranian oil, the U.S. will apply relentless pressure on Tehran until its leaders alter their destructive behavior and return to the negotiating table. Until then, the Iranian regime must remain isolated from the global economy. The international community eagerly awaits the participation of an Iran prepared to abide by basic norms of international conduct.
Posted by Steve Lieblich at 7:16 pm No comments:

Iranian infrastructure and strategic networks have come under attack in the last few days by a computer virus similar to Stuxnet but “more violent, more advanced and more sophisticated...” ....

The report came hours after Israel said its Mossad intelligence agency had thwarted an Iranian murder plot in Denmark, and two days after Iran acknowledged that President Hassan Rouhani’s mobile phone had been bugged.

It also follows a string of Israeli intelligence coups against Iran, including the extraction from Tehran in January by the Mossad of the contents of a vast archive documenting Iran’s nuclear weapons program, and the detailing by Prime Minister Benjamin Netanyahu at the UN in September of other alleged Iranian nuclear and missile assets inside Iran, in Syria and in Lebanon.

“Remember Stuxnet, the virus that penetrated the computers of the Iranian nuclear industry?” the report on Israel’s Hadashot news asked. Iran “has admitted in the past few days that it is again facing a similar attack, from a more violent, more advanced and more sophisticated virus than before, that has hit infrastructure and strategic networks.”

The Iranians, the TV report went on, are “not admitting, of course, how much damage has been caused.”


“Recently we discovered a new generation of Stuxnet which consisted of several parts … and was trying to enter our systems...”

...Earlier Wednesday, Israeli officials said the Mossad provided its Danish counterpart with information concerning an alleged plot by Tehran to assassinate three Iranian opposition figures living in the Scandinavian country. According to the officials, the Mossad gave Denmark information about a plot to kill three Iranians suspected of belonging to the anti-regime Arab Struggle Movement for the Liberation of Ahvaz.


The intelligence reportedly provided by the Mossad prompted the arrest of a Norwegian national of Iranian origin earlier this month. Denmark on Tuesday recalled its ambassador to Iran over the incident.
Posted by Steve Lieblich at 7:11 pm No comments: