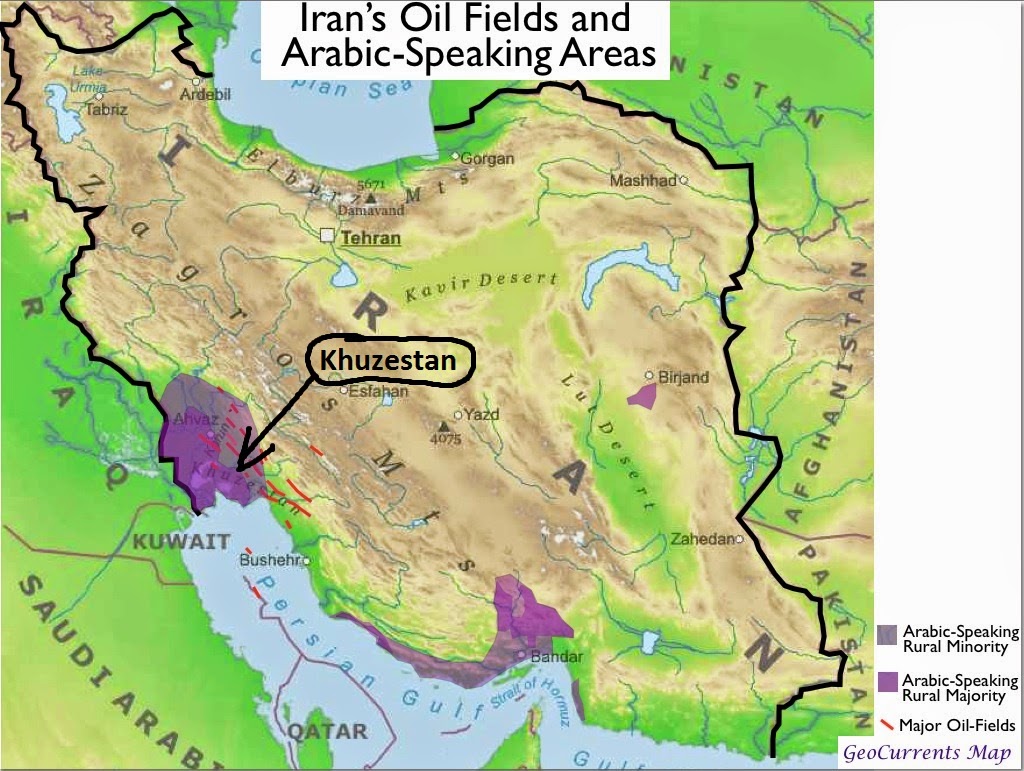 Israel bravely rejected Obama’s mollycoddling, de facto protection, of Assad, Iran’s puppet, and showed itself to be the functional heart of an Israeli-moderate Pan-Arab alliance.  And, with time, this Israeli-Moderate Arab alliance will come to vanquish Iran’s modern-day Shi’ite colonization of the Arab world, and of the earlier Safavid Empire’s Shi’ite colonization of Iran itself.
Posted by Steve Lieblich at 7:14 am No comments:

United Nations Relief and Works Agency spokesman Chris Gunness launched personal attacks this week against a Palestinian critic of UNRWA who wrote an op-ed for The Jerusalem Post, followed by a vitriolic attack against the Post itself for publishing the piece. This past Sunday, however, Gunness related to substantive questions about UNRWA policy in a radio interview on the new Voice of Israel Internet radio network. Gunness’s policy statements deserve close attention.

Gunness states that UNRWA’s mandate comes from the UN General Assembly, and that that is where the UNRWA definition of “refugee” comes from. Yet UNGA 302, which created UNRWA and from which UNRWA gets its mandate, did not define what a “refugee” is.

UNRWA itself invented a working definition of “refugee” in 1950. Its original refugee definition was: “For working purposes, the Agency has decided that a refugee is a needy person, who, as a result of the war in Palestine, has lost his home and his means of livelihood.” So it is UNRWA that decides who is a refugee – not the UNGA.

Indeed, UNRWA changed the definition [of a UNRWA refugee] over time, including, around 1965, the accommodation of children and grandchildren through the male line, and at a later date extending the definition to all descendants.

Gunness claims that UNRWA “must” use the host nation’s textbooks, but does not explain that the choice to do so is an internal UNRWA decision that can be changed if a schoolbook or school teacher violates UN principles.

Gunness holds that Nathan Brown, a Professor of Political Science at George Washington University, is his sole source authority on Palestinian education, and ignores the fact that Brown works for pro-Arab organizations.

Gunness ignores multiple independent studies of the new PA textbooks that were conducted by The Meir Amit Intelligence and Terrorism Information Center, the Vatican, IMPACT and CFNEPR over the past 14 years, all of which concluded that the new PA textbooks, used in UNRWA schools, encourage jihad, martyrdom and right of return to Palestine, by force of arms.

Gunness categorically states there is no evidence that Hamas terrorists are on the payroll of the UN. Yet successive reports of the US Congressional Research also show that UNRWA, which receives $300 million per year from the US government, reports that UNRWA has never vetted its staff to see if UNRWA employs members of Hamas.

Meanwhile, the European Parliament funded a study that documented Hamas’s takeover of the UNRWA unions in March 2009. The pro-Hamas al-Resala newspaper, right before the September 2012 UNRWA union elections stated that,


“It is noteworthy that Hamas has controlled the UNRWA staff union in the elections since its inception….”

Al Quds, a Fatah-leaning paper, wrote after the elections:

Gunness states that whenever there are allegations of UNRWA employees violating UNRWA’s neutrality policy, “They are always investigated and disciplinary action is taken up to and including dismissal.”

Yet in March 2013, in my presence, Gunness told staffers of the US Congress that Hamas leader Suhail Hindi, head of the UNRWA teachers’ union in Gaza, had been dismissed.

However, Hindi was suspended for less than a week. Hindi functions in his capacity to this day.

So much for removing Hamas on staff.

In sum, the concern over UNRWA is that, as a UN agency, it is supposed to maintain absolute neutrality. In an interview with the Post, US State Department spokesman Edgar Vasquez stated unequivocally:

“It is imperative that all sides respect the humanitarian and development role of UNRWA. And we expect UNRWA personnel to uphold its stated policy of neutrality so that it can carry out its critical mandate.”

In light of the UN policy of neutrality, I have repeatedly asked the US embassy and US AID, which administers funds to UNRWA, why the US does not demand an overhaul of the UNRWA curriculum and an end to Hamas presence in UNRWA schools as a condition to render future US funds to UNRWA.

No response has been received – not from the US embassy and not from US AID.

Perhaps the time has come for the US Congress to hold hearings about UNRWA policies, which have now been clearly articulated by UNRWA spokesperson Chris Gunness, to determine if UNRWA is indeed preserving the sacrosanct principle of UN neutrality. After all, if UNRWA is found to be employing thousands of Hamas employees, funding for UNRWA from nations which designate Hamas as a lethal foreign terrorist organization could be suspended.

That includes the US, Canada, the UK, the EU and Australia.

*The writer is author of Roadblock to Peace – How the UN Perpetuates the Arab-Israeli Conflict: UNRWA policies reconsidered.

Posted by Steve Lieblich at 6:12 am No comments: