Don't be fooled by Hamas


...Those who claim the IDF should have acted differently are ignorant or malign — or both

The IDF patrolling the Israeli side of the border with Gaza on Monday (Photo: Getty)

It’s hard for people in Britain and Europe to understand what has been happening on the Gaza border. Most can recognise rockets fired at civilian communities and attack tunnels dug into kibbutzim for mass murder as acts of war by Hamas terrorists — even those whose default setting is to blame the Jewish state.

But Hamas has succeeded in portraying their latest aggression against Israel as peaceful demonstrations in support of a so-called ‘right of return’ and the world has been horrified by what they’ve been told is an Israeli massacre of innocents.

Don’t be fooled. Like the rockets and the tunnels, these mobs — including armed terrorists — have been mobilised by Hamas for one purpose: to force the IDF to respond with lethal force, killing as many Palestinians as possible.

The reason? To bring down upon the State of Israel international outrage, condemnation and isolation — exactly the same as in the last three Gaza conflicts.

Those who claim the IDF should have acted differently are ignorant or malign — or both.

This week I was on the border with IDF commanders, snipers and observers. As the British Army would in such circumstances, they used graduated force, including non-lethal weapons, and only as a last resort opened fire.

I was a soldier for 30 years, commanding troops in combat zones around the world. Watching the IDF in action I dug deep into my military knowledge and experience to find another answer to the horrific challenge they faced.

There isn’t one that would work.

And none of the politicians or armchair experts in human rights groups, the UN, EU or the media have come up with any viable solution despite their vehement criticism from air conditioned offices of the men facing the heat on the front line thousands of miles away.

The Hamas-organised crowds were hell-bent on breaking through the border fence. Had the IDF allowed the fence to be breached, they would have surged through in their thousands. Using their Google maps showing routes from the border, they would have dashed for pre-designated villages, intent on mass slaughter.

Yes, the IDF would have stopped them — but to do so they would have had to kill many times more than have been killed already.

The Jewish community in Britain must not succumb to the hysteria demanded by Hamas and stoked by a predominantly anti-Israel media which has the world howling in outrage as the Gaza terrorists again and again jerk the strings.

Of course, we can only be horrified by the heart-breaking death toll on the Gaza border in the last six weeks and especially on Monday. But those of us who remain sober know this has been directly caused by Hamas and their Iranian paymasters.

At the Gaza border, I met five officers and four soldiers from North London. With their brothers in arms from Israel and around the world, these young people were risking death every minute of the day to stand between innocent men, women and children in villages like Nahal Oz and the bloodthirsty hordes desperate to butcher them.

There is another reason you must stick up for them and the Jewish state in this dark hour. Those who falsely condemn Israel play into Hamas’s hands, fuel their terrorism, encourage their use of human shields and contribute to the death and bloodshed.

Standing up for the IDF is also standing up for innocent Palestinian civilians so betrayed, exploited and sacrificed by their leaders.

If the Jews won’t find the courage to do that, who will? 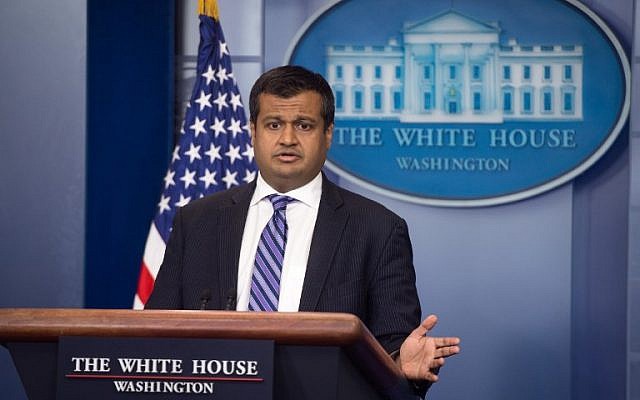 Follow this link to the Times of Israel, 15 May 2018, to read the full report.
Posted by Steve Lieblich at 9:56 am No comments: