Muslim rioters reportedly surrounded Don Yitzchak Abarbanel Synagogue in the 11th arrondissement of Paris on Sunday, and threw rocks into the house of worship. Large scale police forces were called to extricate the Jews. 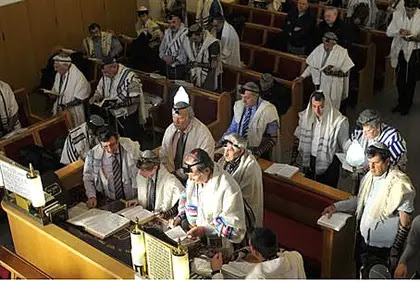 Clashes erupted in Paris on Sunday as thousands of people protested against Israel and in support of terrorist groups in Gaza, where a six-day counterterror operation by Israel has left 166 dead.

Several thousand demonstrators walked calmly through the streets of Paris behind a large banner that read "Total Support for the Struggle of the Palestinian People".

But clashes erupted at the end of the march on Bastille Square, with people throwing projectiles onto a cordon of police who responded with tear gas. The unrest was continuing early Sunday evening...
Posted by Steve Lieblich at 8:43 am