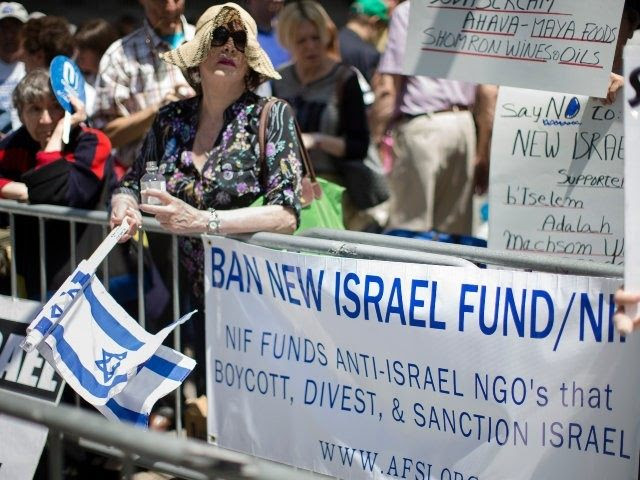 I would not get involved in any New Israel Fund activities.

The organisation spends about 30% of its funds on NGOs that undermine Israel's existence and vilify it around the world.

For example, Breaking the Silence alleges that the IDF has committed war crimes and is guilty of “crimes against humanity” and “ethnic cleansing.”

BtS has provided 57 negative testimonies in international reports against IDF soldiers. A Palestinian foundation — The Human Rights and International Humanitarian Law Secretariat, operating in Ramallah, noted in a report published in 2015 that it paid BtS in order to bring at least one negative testimony against the IDF.

Hamas admitted this past year that it used the BtS report on Operation Protective Edge for the purposes of its propaganda campaign against Israel.

So Breaking the Silence (BtS):


“Our children are sent to the education system in order to encourage mutual responsibility, and not to harm IDF soldiers. The operations of Breaking the Silence caused the slander of Israel in the world, as they made it their target to harm their brothers, who protect us. Lies and propaganda against the IDF — not in our schools.”

However when Ben-Gurion University recently said that Breaking the Silence “is an organization that is not in the national consensus, the New Israel Fund chose to come to the rescue — and launched a campaign, raising  $20,000 for the organization.

Breaking the Silence is rejected across the Israeli political spectrum — and despite this, The New Israel Fund has authorized grants worth $699,310 to it in the last six years. SHAME ON THE NIF!!!
Posted by Steve Lieblich at 3:40 pm