The Obama administration's support for Hamas was not passive 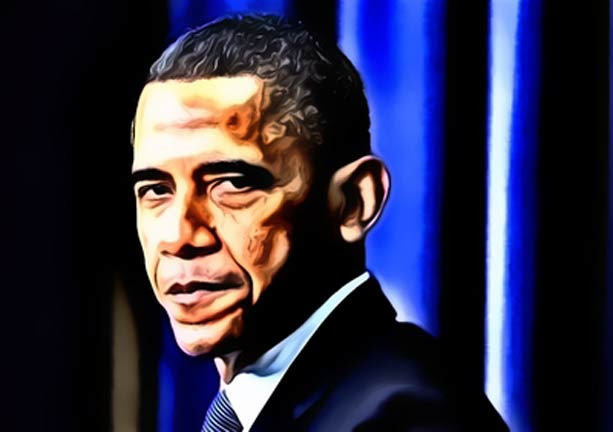 In the next inevitable confrontation with the terror group, the lessons of the Hamas War must not be ignored

Israel's State Comptroller’s Report on Operation Protective Edge, the Jewish state’s war with Hamas in the summer of 2014, is exceedingly detailed. The problem is that it addresses the wrong details.

Israel’s problem with Hamas wasn’t its tactics for destroying Hamas’s attack tunnels. Israel faced two challenges in its war with Hamas that summer. The first had to do with the regional and global context of the war. The second had to do with its understanding of its enemy on the ground.

War between Hamas and Israel took place as the Sunni Arab world was steeped a two-pronged existential struggle. On the one hand, Sunni regimes fought jihadist groups that emerged from the Muslim Brotherhood movement. On the other, they fought against Iran and its proxies in a bid to block Iran’s moves toward regional hegemony.

On both fronts, the Sunni regimes, led by Egypt under President Abdel Fattah al-Sisi, the Saudi regime and the United Arab Emirates, were shocked to discover that the Obama administration was siding with their enemies against them.

America’s support for Hamas was expressed at the earliest stages of the war when then-secretary of state John Kerry demanded that Israel accept an immediate cease-fire based entirely on Hamas’s terms. This demand, in various forms, remained the administration’s position throughout the 50-day war.

Hamas’s terms were impossible for Israel. They included opening the jihadist regime’s land borders with Israel and Egypt, and providing it with open access to the sea. Hamas demanded to be reconnected to the international banking system in order to enable funds to enter Gaza freely from any spot on the globe. Hamas also demanded that Israel release its terrorists from its prisons.

If Israel had accepted any of Hamas’s cease-fire terms, its agreement would have constituted a strategic defeat for Israel and a historic victory for Hamas.

Open borders for Hamas means the free flow of armaments, recruits, trainers and money to Gaza. Were Hamas to be connected to the international banking system, the jihadist regime would have become the banking center of the global jihad.

The Obama administration’s support for Hamas was not passive.

Obama and Kerry threatened to join the Europeans in condemning Israel at the UN. Administration officials continuously railed against IDF operations in Gaza, insinuating that Israel was committing war crimes by insisting that Israel wasn’t doing enough to avoid civilian casualties.

As the war progressed, the administration’s actions against Israel became more aggressive. Washington placed a partial embargo on weapons shipments to Israel.

Then on July 23, 2014, the administration took the almost inconceivable step of having the Federal Aviation Administration ban flights of US carriers to Ben-Gurion Airport for 36 hours. The flight ban was instituted after a Hamas missile fell a mile from the airport.

The FAA did not ban flights to Pakistan or Afghanistan after jihadists on the ground successfully bombed airplanes out of the sky.

It took Sen. Ted Cruz’s threat to place a hold on all State Department appointments, and Canada’s Conservative Party government’s behind-the-scenes diplomatic revolt to get the flight ban rescinded.

The government and the IDF were shocked by the ferocity of the administration’s hostility. But to his great credit, Prime Minister Benjamin Netanyahu surmounted it.

Netanyahu realized that Hamas is part of the Muslim Brotherhood nexus of jihad and also supported by Iran. As a result the Egyptians, Saudis and UAE rightly view it as a major enemy. Indeed, Egypt was in a state of war with Hamas in 2014. Gaza serves as the logistical base of the Salafist forces warring against the Egyptian military.

Netanyahu asked Sisi for help in blunting the American campaign for Hamas. Sisi was quick to agree and brought the Saudis and the UAE into an all-but-declared operational alliance with Israel against Hamas.

Since the Egyptians were hosting the cease-fire talks, Egypt was well-positioned to blunt Obama’s demand that Israel accept Hamas’s cease-fire terms.
Posted by Steve Lieblich at 3:34 pm