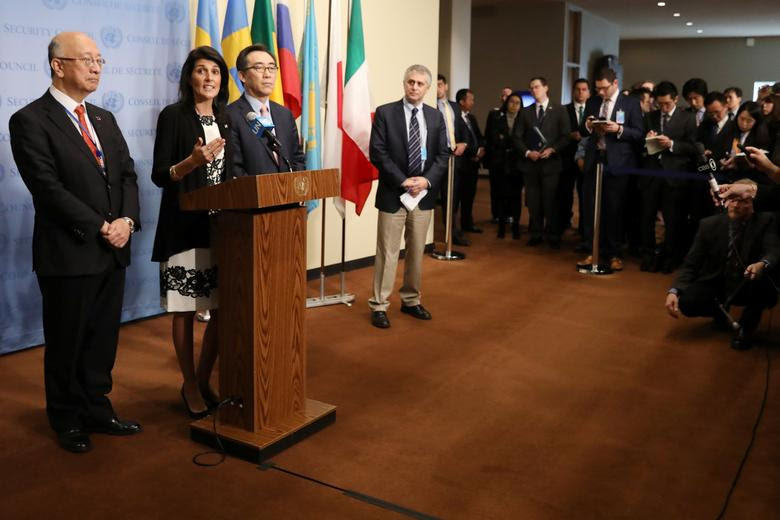 The United States supports the U.N.-led Syria peace talks, U.N. Ambassador Nikki Haley said on Wednesday, saying Syria could no longer be a "safe haven for terrorists" and that it was important "we get Iran and their proxies out."

Haley spoke to reporters after U.N. Syria mediator Staffan de Mistura briefed the Security Council behind closed doors on 10 days of talks between the warring parties in Geneva, which ended last week.

She did not respond to questions on whether the United States believed Syrian President Bashar al-Assad, backed by Russia and Iran, should step down.

All eyes have been on how Washington would approach ending the six-year war in Syria, given pledges by President Donald Trump to build closer ties with Russia, especially in the fight against Islamic State. Trump's Syria policy has been unclear.

"The United States absolutely supports Staffan de Mistura and the work that he's doing, we support the U.N. process, we support the talks in Geneva, we want to see them continue," Haley said.