... While there are misgivings – as evidenced in the opposition of some Knesset members to the purchase of Tnuva by China’s Bright Foods from the British Apax Partners, which owned the majority of shares, it should be noted – most Israeli business people – and many government officials – welcome the relationship.

Last May, during a confluence of trade shows and government-sponsored events, there were nearly 1,000 Chinese business people in Israel at one time. Among those meetings was the first-ever Israel-China Economic Summit.

Nearly all of the Chinese participants were in Israel for the first time, taking in the sights and scenery of the Start-Up Nation and shopping around for technologies they can take home to help solve China’s manifold problems. The Summit was attended by several MKs, including Robert Ilatov and David Rotem, along with Minister of Agriculture Yair Shamir. It was organized by a group called the Israel China Interflow Association (ICIA).

Much of the technology that China needs, according to Chen Gang, mayor of Xiang He City outside of Beijing, revolves around environmental issues, an area where Israel excels. On his first visit to Israel, Chen was just getting to know Israeli high tech, but was already impressed.


“I knew Israel was a leader in technology, and I also knew its accomplishments were out of character for a nation of its size — with the kind of technology you would expect only in bigger countries — but you have to come to Israel to understand what the term ‘Start-Up Nation’ really means.”

Words alone, he said, cannot express the level of innovation and entrepreneurship in Israel. 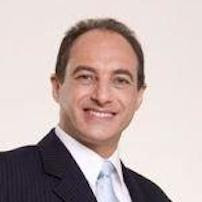 Edouard Cukierman (Photo credit: Courtesy)
...[Edouard] Cukierman, chairman of Cukierman & Co. Investment House and managing partner of the Catalyst Investment Funds, has done his part to promote the Israel-China business relationship. He is one of the founders of the Catalyst CEL Fund, a joint fund managed by Israel’s Catalyst Equity Management and Hong Kong-based China Everbright Ltd. focusing on investments in agriculture, industrials/manufacturing, health care, water, energy, technology, media and telecommunication, among others, chosen for their potential success in the Chinese market. The fund secured more than $100 million at its first closing in March 2014, and is targeting $200-$300 million for its final closing.

Nathan Low, an Israeli-American investment banker whose ZionTech Angels group has paired up dozens of Israeli companies with foreign investors, also sees China as a place where Israelis can do business – lots of it. Low is the grandfather of Israeli high tech angel investing, having invested in 70 Israeli startups for a cumulative total of over $80 million in angel investments.

Already as a child, Low had the feeling that China was going to be important in his life. He began studying Chinese and learning about Zhong Guo, the Middle Kingdom, when he was in first grade. Now, a Mandarin language tutor comes to his house twice a week to teach his eight children. For Low, who is an observant Jew, the Chinese and Jewish cultures have many similarities: Both peoples are 5,000 years old, venerate their elders, have a love of books, hold the family as a central value.

In business, too, there are many ways China and Israel can work together. “Israeli startup companies can solve problems with the technologies and products they already have in hand, eliminate or vastly reduce China’s food and water shortages, improve freight logistics, optimize municipal bus schedules, reduce pollution, as well as improve health care,” said Low.


“China and Israel are destined for partnership. China has the money and the markets. Israel has the products to solve problems and address opportunities....”

While many Israelis look at China from thousands of miles away, Zvi Shalgo has the advantage of being an Israeli who looks at China up close – every day, because that’s where he’s based. Shalgo, who has lived and worked in China for the past 18 years, is managing partner of Synergy China Funds and chairman of the PTL Group – China, a pioneer in paving the way for Israeli firms seeking to business in the country. 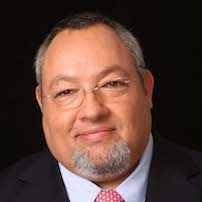 Zvi Shalgo (Photo credit: Courtesy)
Shalgo said he has seen many changes in the country since he arrived in 1996. “Working conditions and wages are much better than they were when I first came here,” Shalgo said.


“Labor is more expensive, and this is having an impact on many things – the cost of living, the growth of the middle class, and the decisions foreign business people take on what work to do in China.”

Already, a good part of the automated factory work China has been known for over the past decades is being exported to other Far Eastern countries – while China upgrades to the high-tech manufacturing and services more typical of a developed economy.

That upgrade is providing Israeli tech firms with unprecedented opportunities to get involved in the Chinese market.


“Israel has technology that is essential for the Chinese market. The economy is ripe for the kind of innovation that Israel is well known for. There is money in China, there are competent managers and professionals here Israelis can work with. Israelis and Chinese have a lot in common, especially a desire to succeed. I see the increasing closeness between our countries as a very positive thing.”

Posted by Steve Lieblich at 1:49 pm