Sharon must face the people now 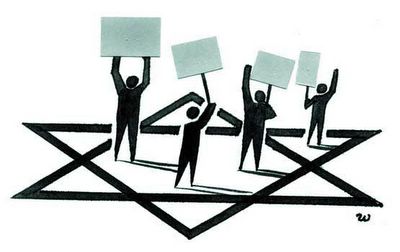 There are calls to hold immediate national elections in Israel

In light of recent events Prime Minister Sharon must heed the calls to hold national elections. Failure to do so makes a mockery of Israel's parliamentary system.

The nation is now poised at a critical turning point....

At issue are not the merits of ruling over Palestinians or retaining isolated settlements....the majority of Israelis now share a broad consensus that their ultimate objective must be to separate themselves from the Palestinians. Nor is the Gaza disengagement the central issue.

At the heart of the matter are the nation's strategic and national security goals....wide range of respected Israelis ...warn that Sharon's current policies will culminate in a disaster of historic proportions.

....The facts on the ground certainly reinforce the critics who predict that our policies are leading towards disaster. This is what is happening:

The international scene is equally troublesome. Prior to the implementation of disengagement whilst the U.S and Europeans are supposedly "displaying restraint" in order not to create political difficulties for a domestically embattled Sharon:

Yet despite these ominous developments, Sharon defies his advisers and continues extending far reaching concessions to the Palestinians which will impact on our security and only be reversible at the cost of more Israeli blood.

The most frightening concession Sharon is contemplating is to sub-contract policing of the Gaza border to the Egyptians — a guaranteed prescription for a future confrontation. It is surely the ultimate delusion to imagine that any agreement with our Egyptian "friends" to prevent the smuggling of weapons to terrorists can possibly work.

... although elections will not provide a panacea to our problems, they would at least enable Israelis to review their options before rather than after withdrawal.

Every weekday JewishWorldReview.com publishes what many in Washington and in the media consider "must reading." Sign up for the daily JWR update. It's free. Just click here.

JWR contributor Isi Leibler chairs the Diaspora-Israel relations committee of the Jerusalem Center for Public affairs and is a former chairman of the governing board of the World Jewish Congress. Let him know what you think by clicking here.