As Iranian bluster again increases, it could very well be Abu Dhabi that teaches Tehran a permanent lesson. 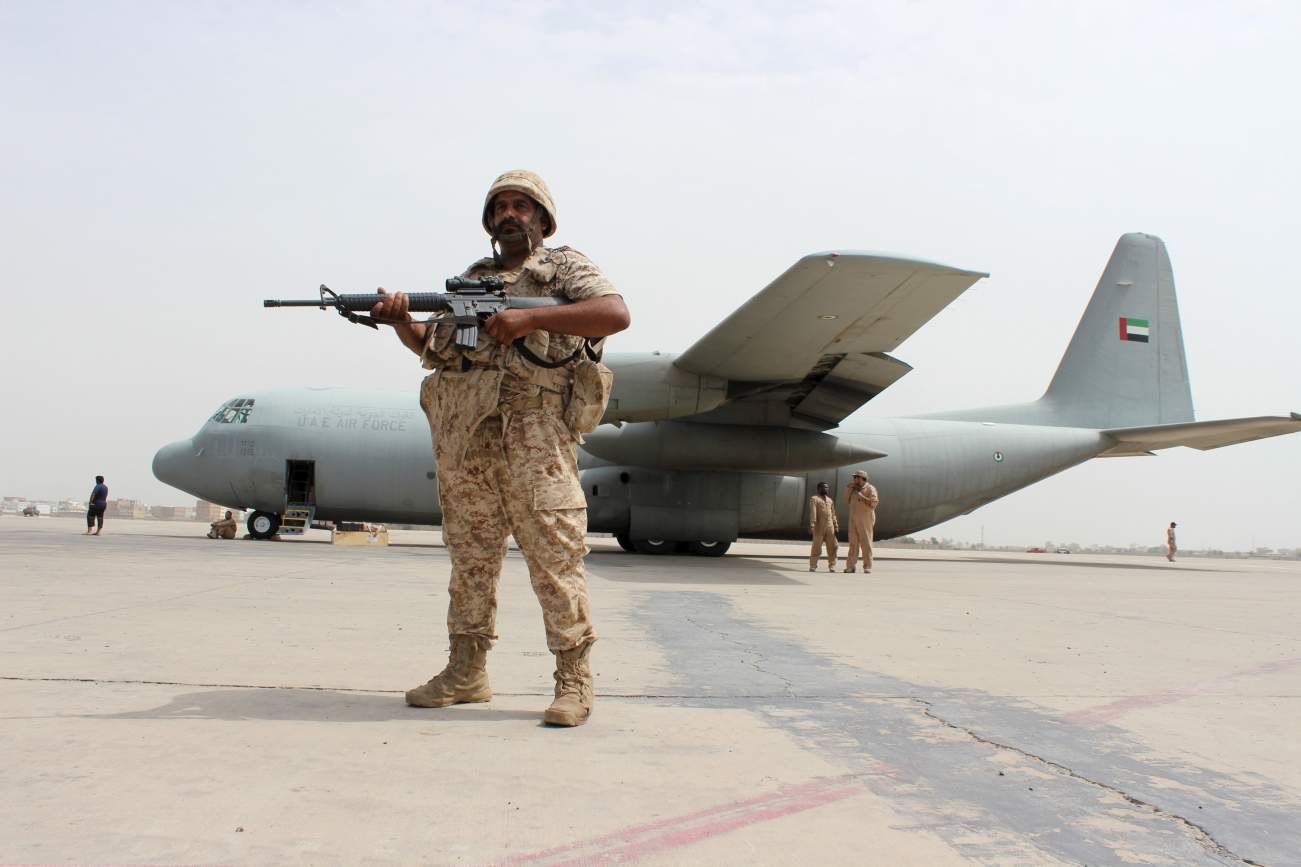 Certainly, Washington and Tehran appear on a collision course. The risk is not that the United States will pre-emptively launch an attack on Iran—as much as the Trump administration seeks to isolate and pressure Iran, that simply is not on the table—but rather than the United States and Iran might stumble into conflict.

It has now been more than thirty years since Operation Praying Mantis , the last major direct confrontation between the U.S. and Iranian militaries. While that event—the largest surface naval engagement since World War II—left Iran severely chastened, there has now been a generation change in the Iranian military: the most junior conscripts from 1988 are now retired, and new commanders have risen through the ranks indoctrinated into the Islamic Revolutionary Guard Corps (IRGC) without any reality check to their rhetoric.

Traditionally, despite its problems with the IRGC Navy, the U.S. Navy has maintained professional, cordial relations with the regular Iranian Navy. That may now be a thing of the past; when Hossein Khanzadi replaced Habibollah Sayyari in November 2017 as head of the Islamic Republic of Iran Navy, Khanzadi promised to “wave the flag of our country right on the United States’ doorstep.” Alireza Tangsiri, who replaced the Ali Fadavi as head of the IRGC Navy in August 2018, remains a largely unknown quantity. Simply put, the danger that Iranian bluster or unpredictability might spark a cascade of conflict is increasing.

Then, of course, there is Hezbollah. It is hard to dismiss the threat to Israel posed by Hezbollah’s re-armament in contravention of UN Security Council Resolutions nor the recent discovery of tunnels dug under the nose of UN monitors. While Israel bloodied Hezbollah in 2006, Hezbollah’s participation in the Syrian Civil War has left it battle-hardened and more capable than most Arab armies. Hezbollah’s involvement in Syria, meanwhile, should also put to rest the notion that it is a Lebanese nationalist organization rather than a proxy answering to Iran.

As the Islamic Republic’s proxy, Hezbollah remains the tip of the spear again Israel. The situation is a powder keg: if Hezbollah can conduct operations without suffering retaliation, then Hezbollah can depict Israel as weak. If Hezbollah can draw Israel into a conflict in Lebanon, Iranian leaders see advantage. And, for Tehran, a Hezbollah barrage of rockets (or UAVs) into Israel represents a win-win situation: either they hit targets in Israel or Israel’s anti-missile defenses intercept them. Forcing Israel to activate Iron Dome, however, is no defeat, especially given the discrepancy in cost between Hezbollah rockets and Iron Dome interceptors.

Still, the Islamic Republic should not misjudge Israel. The threat of Hezbollah missiles is the main deterrent to any Israeli strike on Iran. Should Hezbollah launch them first, then such disincentive to decision-makers in Jerusalem to launch an attack diminishes. Even if Israel does not launch airstrikes against Iran, it has submarines in the northern Indian Ocean capable of launching missile strikes to paralyze Iranian command-and-control, its nuclear sites, and its military bases.

Debate over the effectiveness of any Israeli strike on Iran is where discussion of such scenarios usually end. The Middle East, however, is more than just Iran and Israel. The greatest change in Middle Eastern balance-of-power over the last decade hasn’t been with you regard to Israel or Iran, but rather the rise of the United Arab Emirates (UAE).

While many journalists and Western analysts condemn Saudi Arabia for its botched intervention in Yemen, they ignore that the UAE has largely been successful: it has pushed back Al Qaeda in the Arabian Peninsula and, after much delay, UAE forces are on the verge of forcing Houthi militias out of Hodeida, the last major port the pro-Iranian group controlled. Simply put, the UAE is no longer just a lazy Gulf state showing off high-price purchases but unwilling to get its hand dirty.

But what could draw the UAE into a more direct conflict with Iran? Antagonism between the UAE and Iran dates back to before the Islamic Revolution. As the British withdrew from the Persian Gulf in 1971, Iranian troops invaded three islands even though international agreements awarded them to the UAE. Abu Musa is approximately fifty miles from the coast of Iran and forty miles from the coast of the UAE. It lies only ten miles from the Strait of Hormuz, however, and tanker traffic must pass between it and the Tunb Islands, amplifying Iranian strategic leverage. U.S. support for the Emirati claims to the islands is a bit hypocritical because the Nixon administration was willing to turn a blind eye to Iranian control given the close ties at the time between the shah and the White House. With revolutionaries in control in Tehran, however, the strategic calculus changed.
Post-revolution, Iranian authorities redoubled their presence on the islands, and Mohammad Ali Jafari, the commander of the IRGC, sometimes visits their garrisons. While the UAE has sought to negotiate from time to time and may soon again , such talks have gone nowhere.

Should Iranian behavior escalate into conflict with Israel or the United States, however, then the cost to Tehran may be the three islands. The UAE will not risk a direct fight with Iran now, but if Iran is engaged with more powerful foes, then the islands would be easy pickings. Surely, the IRGC garrisons on each would fight but, when they are cut off from resupply of ammunition, weapons, or food, even the most ideological Revolutionary Guardsmen may reconsider their willingness to fight.

The UAE would have little to fear from Iranian retaliation after the broader conflict ended. Defending the islands is easier than seizing them. While the IRGC is very good at asymmetric operations and sponsoring terror, marine landings are an entirely different skill set. The UAE of 2019 is far different than that of 1971. The fact that Abu Dhabi and Dubai hold hundreds of millions if not billions of dollars in Iranian investment is further disincentive to Tehran of launching direct operation or an anti-Emirati terror campaign. Iranian authorities are happy to fight to the last Palestinian or Lebanese, but when their own financial portfolios are at stake, their calculations change.

As Ayatollah Khomeini and an earlier generation of IRGC leaders learned ahead of Operation Praying Mantis, there can be a huge cost for confusing their own rhetoric with military reality. Any Israeli or U.S. military strike against Iranian nuclear or military sites would damage Iran’s air and naval operations for weeks or months but, from a broader strategic view, air strikes would simply kick disputes about Iran’s nuclear and ballistic missile program down the road, for the technological knowledge Iran has gained over the decades cannot be lost. Any military strike targeting Iran, meanwhile, would rally Iranians around the flag and, as with Saddam Hussein’s 1980 invasion, actually save a failing revolution.

But, as Iranian bluster again increases, it could very well be Abu Dhabi rather than Washington and Jerusalem which teaches Iran a permanent lesson, for should Iran lose Abu Musa and the Greater and Lesser Tunb islands against the backdrop of other conflict, Tehran will not soon regain them.
Posted by Steve Lieblich at 12:29 pm