Who is ruining Bethlehem?? 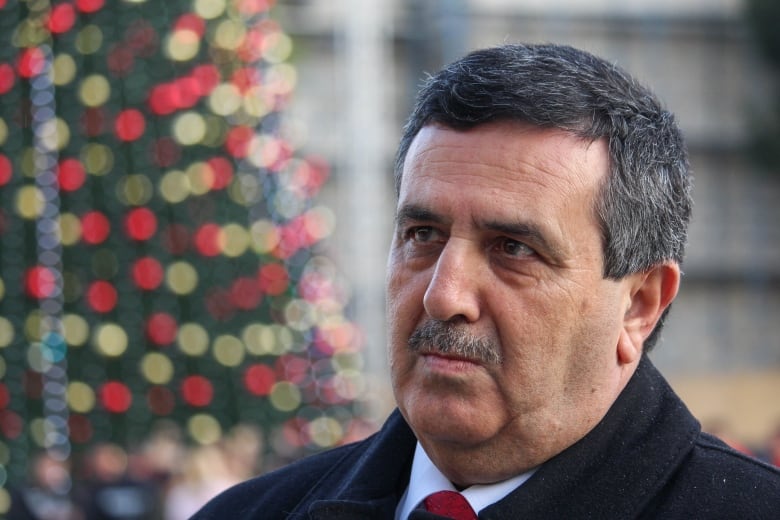 Anton Salman... Bethlehem’s mayor ... shamelessly exploited genuine interest at Christmas in the traditional birthplace of Jesus to advance a dangerous and deluded anti-Israel agenda devoid of fact or historical accuracy.

Since the Palestinian Authority took over the city in 1995, the Christian percentage of the city’s population has plummeted from 40 per cent to 12 per cent. But that central and incontestable fact is a gospel too heretical for Salman to admit; he points the finger of blame for the city’s problems solely at Israel.

In claiming “some have lost all hope for a political solution and opted for immigration instead” but “thousands of Palestinians” have stayed, Salman hides the identity of those who have left — Christians — and those who remain and keep arriving in the city: Muslims. The city’s population of 27,000 in 2017 was 23 per cent higher than in 1998. And it’s not because nature abhors a vacuum.

This two-way migration is a mirror of the wider trends across the Middle East where Islamists in the Muslim majorities are threatening, bullying and attacking Christian minorities.

Moreover, Salman’s claim that Israeli security measures are ­deliberately aimed at preventing people from visiting and spending money in Bethlehem makes it sound as if the city resembles a ghost town. Except it doesn’t because, contrary to Salman’s woe-is-me act, three million people visited bustling, busy Bethlehem last year.

When Salman begrudgingly acknowledges that the city does attract visitors, he laments that they are tourists and not pilgrims, for which, of course, Israel is also responsible.

Propagandists such as Salman try to hide the real reason for Palestinian suffering, instead solemnly intoning that it is Israel’s “walls encircling the city” that stifle economic opportunities. Asserting that “the illegal wall that has been built through the heart of our city is antithetical to justice and freedom”, as Salman does, challenges credulity, given that the separation barrier lies north of the city’s limits and is there to ensure the right of Israelis not to be knifed, car rammed or blown up, which he conveniently ignores.

...The irony of claiming that Bethlehem’s future is at risk from Israel is Orwellian because the only threat to the Church of the Nativity is from Palestinians themselves.

And Salman should know, seeing as he has said that he was there in April 2002 when 200 Palestinian gunmen stormed the church, taking priests and nuns hostage for 39 days, and making a mockery of an agreement with the Vatican to respect one of Christendom’s holiest sites.

But then, under Palestinian oversight, Jewish and Christian holy sites are fair game.

Just outside Bethlehem lies Rachel’s Tomb. According to Jewish tradition, the tomb is the resting place of the Jewish matriarch ­Rachel — a figure not even mentioned in the Koran.

As the mother of Joseph, ­Rachel is central to the course of Jewish biblical history.

In the 1990s and during the Second Intifada, Rachel’s Tomb was attacked on multiple occasions by marauding Palestinian mobs.

Since then Palestinians have won UNESCO endorsement that Rachel’s Tomb is of historic Palestinian significance.

Naturally this raises the question: if Rachel’s Tomb is such a valued Palestinian national treasure, why do Palestinians keep attacking it?

And while you ponder that, think on this too. If Palestine is such a bastion of religious equality, as Salman implies, why does the PA continue to refuse to ­recognise Easter as an official ­holiday?

Salman can promote Bethlehem as a city “of hope”, but if the latest opinion polls are accurate, the leader of the terrorist, Islamist Hamas, Ismail Haniyeh, would easily win Palestinian presidential elections.

If the experience of Christians in Gaza during the past decade is any indication — the Christian population there has slumped from 3000 to 1000 — “hope” will be all Salman can count on.

This is the true meaning behind his claim that “Bethlehem is no stranger to the challenges facing all of Palestine”.

It is incumbent on all people of goodwill in this season of goodwill to speak up and call out this dangerous and delusional humbug and demand the PA return to peace talks. This is the only way to secure Bethlehem’s future.
Posted by Steve Lieblich at 5:10 pm