US has a permanent military base in Israel

For the first time in history, the United States ...established an official, permanent military base in Israel: an air defense base in the heart of the Negev desert.

Dozens of US Air Force soldiers ...call home the new base, located inside the Israeli Air Force’s Mashabim Air Base, west of the towns of Dimona and Yerucham. 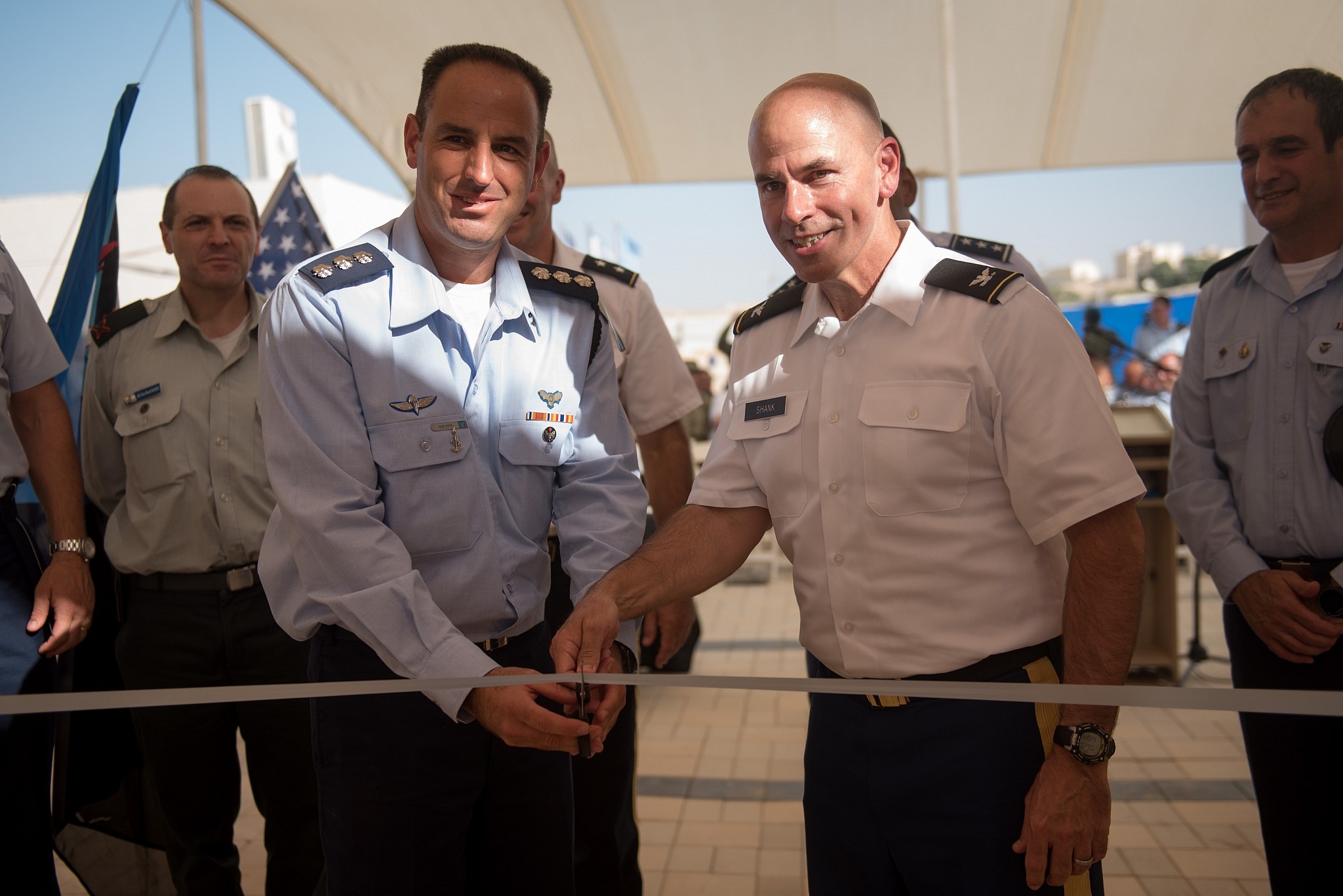 Col. Liran Cohen, head of the IDF’s air defense school, left, and Col. David Shank, of the US 10th Army Air & Missile Defense Command, cut the ribbon to open the first American military base in Israel, inside the Mashabim Air Base, on September 18, 2017. (Israel Defense Forces)

Brig. Gen. Tzvika Haimovitch, head of the IAF’s Aerial Defense Command... told reporters the establishment of a permanent US base in Israel “allows us to improve our defense, in discovery and in interception and in preparedness.” ...he said, the permanent presence of a US base on Israeli soil sends a “message to the region and our surroundings that our partnership with our friend the United States is important.”

The “base within a base” will be run by the US military’s European Command (EUCOM). It includes barracks, offices and support services.

In his speech, Maj. Gen. John Gronski, deputy commander of US Army National Guard in Europe, said the base “symbolizes the strong bond that exists between the United States and Israel.”

It is located not far from a US military radar installation east of Dimona that tracks ballistic missiles once they are launched and provides details on their flight paths to defense systems.

US military forces are routinely based in Israel, both for joint exercises and for routine cooperation with the IDF, but Haimovitch described the new base as a meaningful change.

“We established an American base in the State of Israel, in the Israel Defense Forces, for the first time, with an American flag,” he said.

“The United States and Israel have long planned together, exercised together and trained together. And now, with the opening of this site, these crucial interactions will happen every day,” he said....
Posted by Steve Lieblich at 5:06 pm