The Time has Come to Dismantle UNRWA 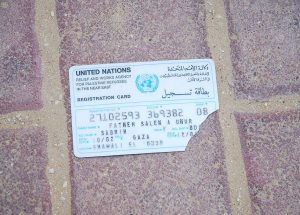 In a surprising change of policy, Israeli Prime Minister Netanyahu has called for the dismantling of UNRWA. Such a move could benefit both Israel and the peace process. The new US administration might change its decades-old policy as well.

Last month, Israeli Prime Minister Benjamin Netanyahu stunned many by declaring that the United Nations Relief and Works Agency (UNRWA) should be dismantled.

Speaking at a weekly cabinet meeting, Netanyahu charged that


“in various UNRWA institutions, there is a lot of incitement against Israel, and therefore the existence of UNRWA – and unfortunately its work from time to time – perpetuates the Palestinian refugee problem rather than solves it. … Therefore, the time has come to dismantle UNRWA and merge its components with the United Nations High Commissioner for Refugees [UNHCR].”

This long overdue step was rejected for years by the Israeli establishment. Up to now, Jerusalem has prevented attempts to change UNRWA’s mandate or close it down because it perceived the agency as a stabilizing factor. Israel focused instead on anti-Israeli incitement in UNRWA’s education system and on its collaboration with Hamas. That collaboration implied an international imprimatur on egregious Hamas behavior.

Instead of fighting UNRWA’s very existence, Israel focused on its actions. This time, the prime minister is talking about a bigger shift in policy.

UNRWA’s initial role was to distribute humanitarian assistance to Palestinian Arabs displaced during the 1948 war. However, over the years, instead of being a tool to solve the refugee problem, UNRWA has become a tool for its eternal perpetuation. Without UNRWA, the Palestinian refugees, and certainly their children, grandchildren, and great-grandchildren, would have resettled in their Arab host countries or elsewhere in the world, as many millions of other refugees have done. They would have done so reluctantly, of course, but would have had no other choice, as no organization would have taken care of them for so many years.

Because UNRWA did nothing to reduce the number of Palestinian refugees, their numbers have swollen from 750,000 in 1949 to more than 5 million today. This was a surrender to the Arab wish to perpetuate the problem. From its earliest stages, UNRWA was a politicized agency, more interested in appeasing the Arab world’s wish to destroy Israel than in the humanitarian cause for whose sake it was established.

Without UNRWA, the Arabs could not have come to the negotiations table with international support – as embodied by UNRWA – for their ridiculous demand that 5 million refugees and their descendants be allowed to resettle in Israel, thus subverting its Jewish nature. Without UNRWA, only a small fraction of its “registered refugees” would be considered real refugees in the first place. Many of UNRWA’s refugees should never have been granted that status, and the vast majority of them are descendants who would not be granted automatic refugee status elsewhere in the world. The Arabs would likely have attempted these demands, but would not have had the backing of a special UN agency.

As the years have worn on, UNRWA has maintained a system expressly meant to perpetuate the refugee problem rather than solve it. Unlike the UNHCR, which provides six options for the cessation of the status of refugee, UNRWA offers zero. Whereas the primary concern of UNHCR is to resettle refugees and help them build new lives, UNRWA promotes only one future: repatriation to Israel. That prospect is contrary to worldwide historical practice and anathema to Israel. It is also toxic to both the prospects for a peace agreement and Palestinian national development.

In effect, UNRWA has become a spokesman – and patron – for the call to destroy the Jewish homeland by flooding it with millions of refugees and their descendants. Without UNRWA, it is hard to see how the belligerent Palestinian/Arab call for return could have survived for seven decades. Because Israel is not going to commit national suicide via demographic subversion, this UNRWA-induced intransigence is an assured recipe for the conflict’s prolongation.

Merging UNRWA into UNHCR would mean an immediate drop in the number of Palestinian refugees from more than 5 million today to a few hundred thousand, perhaps even fewer.

Most of UNRWA’s refugees either never left their country (Mandatory Palestine) or became citizens of another country (Jordan) and would thus simply be omitted from the list.

Moreover, this merger would mean repatriation is not the sole option for solving the Palestinian refugee problem. Both these outcomes are clearly in the interests of both Israelis and Palestinians.

The Trump administration seems open to fresh ideas. For years, the US – the biggest donor to UNRWA – did not want to deal with the agency because it feared an Arab backlash. This time, it appears Washington and the Sunni world have enough in common – from fighting Iran to signing major arm deals – that Washington should not fear making major changes to UNRWA, or even abolishing it altogether. A push from Jerusalem may well wield results this time around.
Posted by Steve Lieblich at 8:31 am