How about land for a state in Sinai? 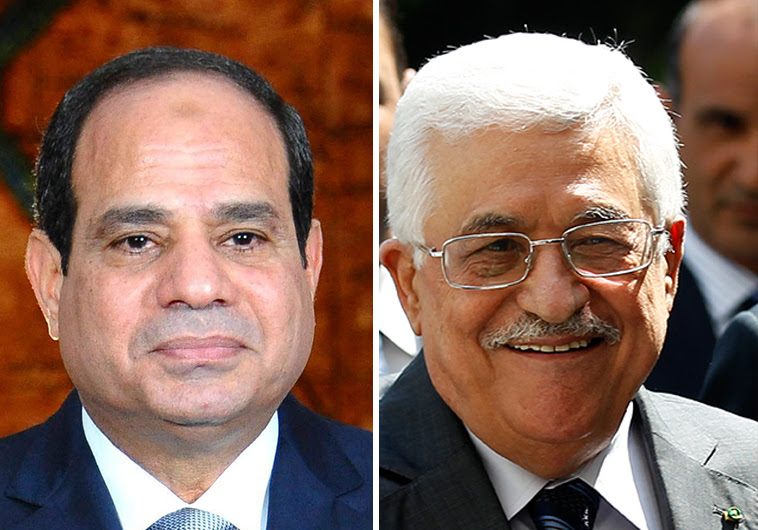 Sisi and Abu-Mazen:REUTERS
Israeli politicians responded enthusiastically ...to reports that Egyptian President Abdel Fattah al-Sisi was willing to give Palestinians land in Sinai adjacent to Gaza for a state.

On Monday, Army Radio reported that Sisi had offered Palestinian Authority President Mahmoud Abbas 1,600 square kilometers in Sinai to expand the Gaza Strip to five times its current size. According to the plan, the territory would serve as a Palestinian state under the complete control of the PA.
x

The new territory, composed of Gaza together with the extra land in Sinai, would be a demilitarized state that would serve as a home to which Palestinian refugees could return.

In addition to the "Greater Gaza State," the cities currently in the Palestinian Authority in the West Bank would be under the autonomous rule of the PA. In exchange, Abbas would give up claims to a state within the pre-1967 lines.

The proposal, which was reported previously in the Arab media last week as having been offered by a senior Egyptian official, but not specifically Sisi, was rejected outright by Abbas.

Peri asked several questions arising from the Egyptian proposal in an interview with Army Radio: "What will happen to Judea and Samaria? What will be with Jerusalem? The idea that major cities in Judea and Samaria will have autonomy is vague; everyone can understand it in a different way."

Still, the Yesh Atid minister said, "there are elements that are worth discussing despite Abbas's refusal."

"This could solve problems that weren't given a response in talks between Israel and the Palestinians so far," he added.

Peri also pointed out that Sisi's initiative suits Egyptian interests, since there are problems with terrorism in the Sinai.

"The solution to the Palestinian problem," she added, "must be regional and cannot fall on Israel's shoulders alone."

Shaked called on Prime Minister Binyamin Netanyahu to meet with Sisi and examine whether the initiative is possible.

According to Monday's Army Radio report, Netanyahu has already been updated on the details of the Egyptian proposal, as have US government sources who have expressed support for the idea.
Posted by Steve Lieblich at 2:16 pm