"Rivlin: Support for Israel must not become issue in US presidential election"

Rivlin emphasized to the the Conference of Presidents of Major American Jewish Organizations that US and Israel solidarity are based on the values of democracy, freedom, and liberty. 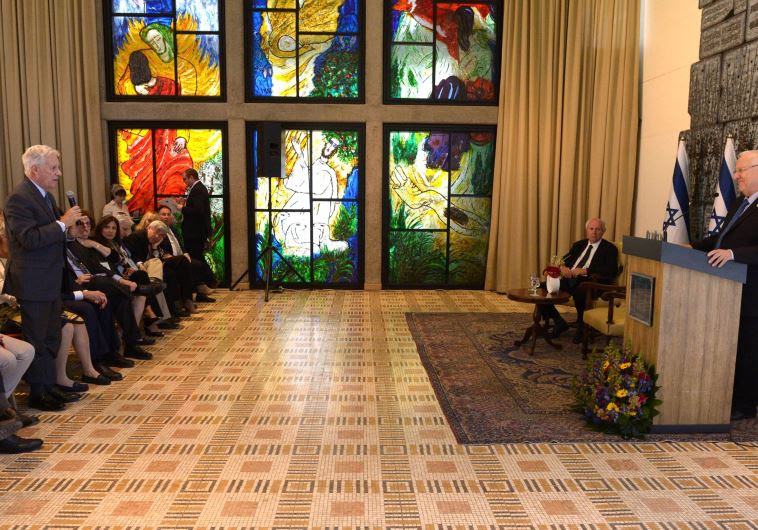 President Reuven Rivlin speaks with the Conference of Presidents of Major American Jewish Organizations. (photo credit: PRESIDENT'S RESIDENCE)
Support for Israel has never been and must not become a political party issue. It is bipartisan, President Reuven Rivlin told the Conference of Presidents of Major American Jewish Organizations on Thursday. The bonds between the two countries are based on values of democracy, freedom, liberty and equality, he said, and emphasized that during the current US presidential election season, when candidates and campaigns try to win points and votes, it was his deep hope that the close relationship between Israel and the US will remain beyond debate.

...Issues touched on by Rivlin in his address and the subsequent question-and-answer session included
Rivlin said: “We must all stand united in the fight against anti-Semitism. Across the world we are seeing a rise in this old and new disease. Jewish students are threatened on campuses around the world. In Europe, 70 years after the Holocaust, Jews are afraid to wear a kippa in the street; and there is more and more pressure to boycott the world’s only Jewish state. We must stand firm against those threats. Israel is your partner in this fight and you are our partner.”
With regard to Egypt, Rivlin told his guests that “democracy is not always according to Jefferson,” and that President Abdel Fattah al-Sisi is trying to defend Egypt from fundamentalism. Israel understands that and there is strong cooperation between the two countries as they try to keep ISIS out of Sinai, because if ISIS takes over Sinai, this poses an acute danger for both Egypt and Israel.
Taking what happened in Libya as a guideline, Rivlin doubted that Syria will once again become a united nation.
He lamented the fact that so much time has gone by without an understanding being reached between Israel and the Palestinians, a factor which he believes impedes Israel’s ability to live together with the surrounding nations.
...Without actually naming the Oslo Accords, he recalled that “we thought that peace was on the threshold, but in a very short time we were awakened from the dream.”...
Posted by Steve Lieblich at 8:49 am