Another Charade by Arab Despots Collapses 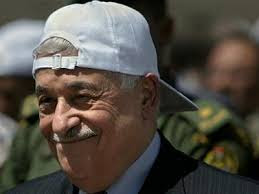 In the end, there wasn’t much suspense about the Obama administration’s decision whether to support a United Nations Security Council resolution endorsing a Palestinian state.

After weeks of pointless negotiations over proposed texts, including a compromise endorsed by the French and other European nations, the wording of the proposal that the Palestinians persuaded Arab nations to put forward was so outrageous that even President Obama couldn’t even think about letting it pass because it would undermine his own policies. And the rest of the international community is just as unenthusiastic about it.

In a very real sense this episode is the history of the Arab-Israeli conflict in a nutshell: the world wants to do something for the Palestinians but their leaders are more interested in pointless shows than in actually negotiating peace or doing something to improve the lives of their people.

The resolution that was presented to the Security Council was so extreme that Jordan, the sole Arab nation that is currently a member, didn’t want anything to do with it. But, after intense lobbying by the Palestinian Authority representative, the rest of the Arab nations prevailed upon Jordan and they put it forward where it will almost certainly languish indefinitely without a vote since its fate is preordained.

The terms it put forward were of Israeli surrender and nothing more. The Jewish state would be given one year to withdraw from all of the territory it won in a defensive war of survival in 1967 where a Palestinian state would be created. That state would not be demilitarized nor would there be any guarantees of security for Israel which would not be granted mutual recognition as the nation state of the Jewish people, a clear sign that the Palestinians are not ready to give up their century-long war against Zionism even inside the pre-1967 lines.

This is a diktat, not a peace proposal, since there would be nothing for Israel to negotiate about during the 12-month period of preparation. Of course, even if the Palestinians had accepted the slightly more reasonable terms proposed by the French, that would have also been true. But that measure would have at least given the appearance of a mutual cessation of hostilities and an acceptance of the principle of coexistence. But even those concessions, let alone a renunciation of the “right of return,” was not possible for a PA that is rightly fearful of being supplanted by Hamas. So long as Palestinian nationalism remains wedded to rejection of a Jewish state, no matter where its borders might be drawn, no one should expect the PA to end the conflict or actually make peace.

Though many of us have been understandably focused on the question of how far President Obama might go to vent his spleen at Israeli Prime Minister Netanyahu and his government, that petty drama is, as it has always been, a sideshow distraction from the real problem at the core of the Middle East peace process:

Though the administration has tirelessly praised PA leader Mahmoud Abbas as a champion of peace in order to encourage him to live up to that reputation, he had other priorities. Rather than negotiate in good faith with the Israelis, Abbas blew up the talks last year by signing a unity pact with Hamas that he never had any intention of keeping.

The purpose of that stunt, like the current UN drama, isn’t to make a Palestinian state more likely or even to increase Abbas’s leverage in the talks. Rather, it is merely a delaying tactic, and a gimmick intended to waste time, avoid negotiations, and to deflect any pressure on the PA to either sign an agreement with Israel or to turn it down.

That’s not just because the Palestinians wrongly believe that time is on their side in the conflict, a dubious assumption that some on the Israeli left also believe. The reason for these tactics is that Abbas is as incapable of making peace as he is of making war.

This is not just another case of the Palestinians “never missing an opportunity to miss an opportunity,” in Abba Eban’s immortal and quite accurate summary of their actions over the years. It’s that they are so wedded to unrealistic expectations about Israel’s decline that it would be inconceivable for them to take advantage of any opening to peace. That is why they turned down Israeli offers of statehood, including control of Gaza, almost all of the West Bank, and a share of Jerusalem, three times and refused to deal seriously with a fourth such negotiation with Netanyahu last year.

And it’s why the endless quarrels between Obama and Netanyahu over the peace process are so pointless. No matter how much Obama tilts the diplomatic playing field in the Palestinians’ direction or how often he and his supporters prattle on about time running out for Israel,

Abbas has no intention of signing a peace agreement.

The negotiations as well as their maneuverings at the UN and elsewhere are nothing but a charade for the PA and nothing Netanyahu could do, including offering dangerous concessions, would change that.

The sooner Western leaders stop playing along with their game, the better it will be for the Palestinian people who continue to be exploited by their leaders.

Posted by Steve Lieblich at 6:25 am