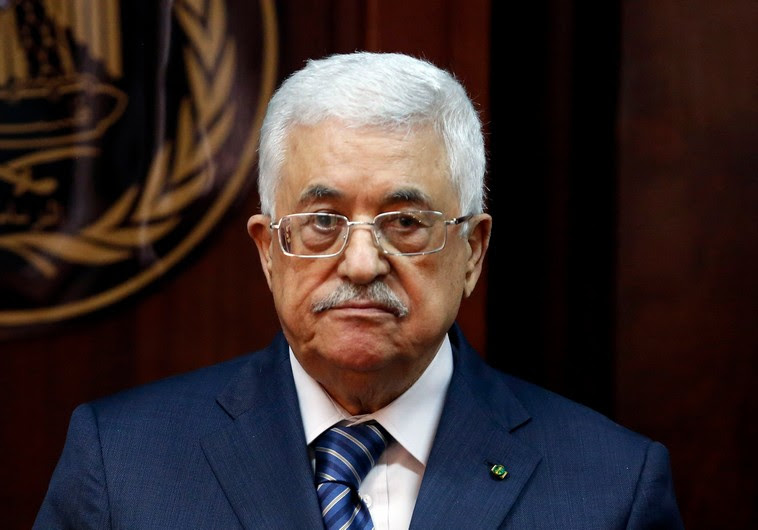 As if the escalating terrorist attacks in Israel over the past few weeks haven’t been bad enough, what has been so dismaying is the way the West simply refuses to acknowledge what is happening in front of its eyes.

Numerous Western media outlets described the murderous attacks by Palestinians ramming their cars into Israelis in the street as “car crashes” or “traffic accidents.”

Yet Fatah’s official Facebook page featured cartoons, lyrics and other messages encouraging Palestinians to run over Israelis with their vehicles. Preposterously, it raved that the Aksa mosque was under threat. “Run over, friend, run over the foreign settler!” it screamed. “The Jews are defiling al-Aksa – will you not rage?” As the director-general of the Strategic Affairs Ministry Yossi Kuperwasser said this week, the violence – which has developed into stabbing attacks – is the inevitable result of the systematic dehumanization of Jews ingrained in Palestinians’ psyche from early childhood. Day in, day out they are told that the Jews are “the descendants of apes and pigs,” that they have “no historical connection to Jerusalem,” that they are “defiling” the city with their presence and that those who kill them are heroes.

Such venomous indoctrination is being perpetrated by Palestinian school textbooks, social media, cultural activities – and by Mahmoud Abbas. This supposedly moderate Palestinian leader has now revealed himself openly as a principal instigator of violence and mass murder.

Referring to all Jews visiting Temple Mount as “settlers,” Abbas has whipped up hysteria and incited war on Israel over the most explosive place on earth by declaring: “We will not allow our holy places to be contaminated,” praising the Palestinians hurling missiles from al-Aksa as “heroes” and declaring they had “the right to defend themselves and the holy places.”

Marking the 10th anniversary of the death of his predecessor Yasser Arafat, he declared: “He who surrenders one grain of the soil of Palestine and Jerusalem is not one of us,” and that “Jerusalem will be solely Palestinian.”

PA TV regularly refers to all of Israel as “occupied”; Palestinian maps, insignia and educational materials depict a Palestine which obliterates Israel and erases it from the map.

The current violence is thus demonstrably part of the war of extermination being waged against Israel not just by Hamas and Islamic Jihad but by Abbas’s PA.

So why do Western leaders and media blame it on Israel? Why do they suggest – ludicrously – that it arises from some Jews’ desire to pray on Temple Mount? Why do media outlets (such as Sky News) replace the very name Temple Mount with al-Aksa? Why do they ignore the Nazi-derived Palestinian propaganda painting Jews as utterly diabolical? In any sane universe, Abbas would be in prison for incitement to murder. Why does the West insist he is a man of peace? Why does it adopt Palestinian lies and distortions as the default narrative of the Middle East conflict? There are many plausible explanations.

There’s the stunning success of the Arab strategy of reframing the Arab war against Israel as the oppression by Israel of the Palestinians.

There’s Israel’s myopic (and arrogant) refusal to acknowledge this psychological war that has been waged against it and to adopt a proper strategy to fight it.

There’s the post-modern disdain for truth and the corresponding credulousness in the face of lies. There’s the dominance of infantile leftists, for whom violence by the developing world is “resistance” and for whom the Palestinians, whose terrorists are cast in the same romantic mold as Che Guevara, are their signature cause.

There’s the historic anti-Jew and anti-Israel animus of Britain and Europe, and their deep financial ties to the godfathers of terror in the Arab and Muslim world. And there’s the particular animus of President Barack Obama, which would take many more articles to analyze.

But a deeper explanation is surely located in the current mindset of the West. To understand that, we have to go back to the seismic shock of the First World War. Horror at the slaughter in the trenches created an instinct for appeasement which, three decades later, almost enabled the victory of Nazism.

Its eventual defeat was due in large measure to the supremely fortunate accident of history that was Winston Churchill. After 1945, however, the horror of war was greatly reinforced by the revulsion against fascism.

Bigotry, emotionalism, violence and war were all rolled together.

War became seen as atavistic, a throwback to a less enlightened time. Killing was to be avoided. In this increasingly post-moral universe, the distinction between aggressor and victim became erased. There was no absolute right or wrong. Everyone had his own “narrative” to be treated with equal respect. Disputes were to be settled by negotiation, conflict resolution and peace processes.

A peace process, though, must have credible partners. If not it collapses, which may lead inevitably to war. But since war is now unthinkable, nothing can be allowed to scupper the peace process.

Underlining that fixation is the West’s existential belief in rationality – and also that the West is the sun around which other cultures merely revolve. Believing itself to be the acme of reason, and assuming that everyone in the world basks in its reflected radiance, it believes therefore that every other culture is governed by rationality and self-interest.

It cannot understand the absolute, implacable desire to wipe Israel off the map.

That is why the West is currently such a menace, not just to Israel but also, remarkably, to itself.

*Melanie Phillips is a columnist for The Times (UK). approved by a moderator before being published on JPost.com. Disqus users can post comments automatically.

Comments must adhere to  our Talkback policy. If you believe that a comment has breached the Talkback policy, please press the flag icon to bring it to the attention of our moderation team.