Stronger US Resolve in the Middle East 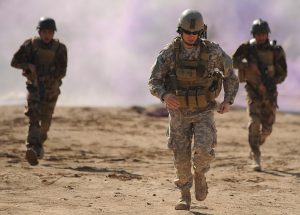 US Special Operations Forces in Iraq
-photo via Wikimedia Commons

...The latest example of Donald Trump’s single-minded purpose in the Middle East is his decision to continue to maintain a small but highly selective US military presence of some 2,000 troops in Iraq.

The official justification for this decision is the need to continue the fight against the remnants of ISIS across the northern reaches of Iraq. No one should be fooled by this as the threat that ISIS and its predecessors posed to the US was neutralized long ago by an effective homeland security agency.

... the real reason why the US is staying put in Iraq is to prevent it from becoming an Iranian client state, as Lebanon has become and as Syria might soon become.

The investment of 2,000 troops, most of whom serve as advisors and trainers of the Federal Army of Iraq, is worth its price in gold in achieving this objective compared to the 100,000 American troops who were on the ground before the massive withdrawal in 2010...

The rivalry for control over Iraq between the US and its allies and Iran is not only military (with the US supporting the strengthening of the Federal army and the Iranians attempting to sap its strength by enhancing the power of the militias) but political as well.

In the recent elections, the US was clearly rooting for the success of Abadi’s “Victory” coalition while the Iranians even more bluntly backed the “Conquest” coalition, headed by the leader of the largest Shiite militia, a former exile in Tehran and an Iranian stalwart.

The official results will only intensify the underlying rivalry between the two external powers. Abadi’s coalition did less well than the Iranian-led coalition. Fortunately, Abadi has a slightly better chance of wooing the third-largest coalition of parties whose support is essential to forming the new government.

Unfortunately for the US, this third bloc is headed by a mercurial former Shiite militia leader, Muqtada al-Sadr, who as leader of the al-Mahdi army in the first years of the American invasion fought bitter battles against US forces. Campaigning on an anti-Iranian ticket, he recently backtracked to attack Abadi for making a statement that Iraq will abide by the Americans’ renewed sanction regime on Iran, a move that shows he is playing hard to get to increase the price of his coalition’s loyalty.

The good news for the US and the coalition of Arab Sunni-led states anxious to contain Iran is that the Arab Shiites of Iraq wish to preserve their independence from Iran and fear their close foreign neighbor more than the distant US.

Rational economic interests go a long way towards explaining why this is the case. Iraq produces more oil than Iran, 4.3 million barrels per day compared to 3.2 million for Iran (though with smaller known reserves and significantly less gas). Why would the 40 million Iraqis, hard pressed from long and bitter internecine fighting, want to share their wealth with 80 million Iranians?

Yet, more spiritual considerations (not entirely divorced from mundane material concerns) also indicate an Iraqi Shiite identity jealous of its independence from Iran and its clerical leadership. A search in Google Trends of Ali Sistani, the Shiite leader in Iraq, reveals almost total lack of interest in this personality in Iran, yet great popularity in Iraq, Bahrain, and Lebanon. Ayatollah Khomeini and his ideological principle of vilayat-e-faqih – the idea that all legislation and actions of the Islamic regime must be vetted by the Supreme Spiritual Leader – are highly popular in Iran but have little currency in Iraq.

This underlying quest for independence from Iranian tutelage justifies President Trump’s wager that 2,000 troops might be worth maintaining to prevent the new fall of Baghdad. The least it could do is stave off the Iranians sufficiently for Iraq’s government and citizens to decide for themselves what the nature of their relationship with Iran will be.

From WSJ, Sept. 7, 2018, by Sune Engel Rasmussen in Beirut and Michael R. Gordon in Washington:

Iran is signaling that it will buck U.S. efforts to roll back its military presence in the Middle East, moving to cement foreign alliances and continuing to project power abroad despite sanctions that have helped put intense pressure on its economy.

Tehran signed a long-term security pact with Syria in August, and has kept up the flow of arms and financial support to proxy forces around the region, according to U.S. officials and a person close to Lebanon’s Hezbollah militia... 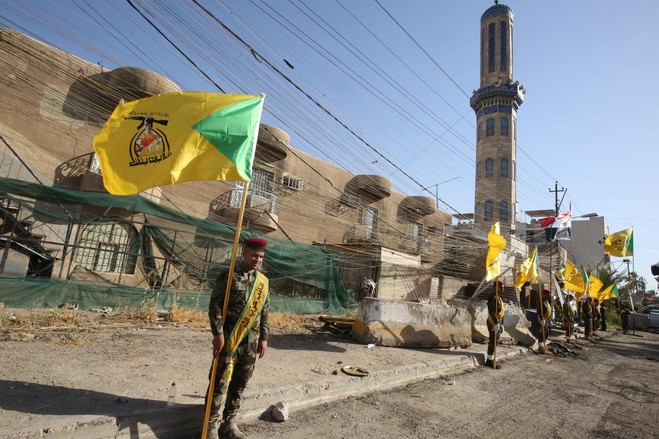 Iran’s defiant stance comes as its currency plummets and foreign investors pull out, largely due to rising tension between Washington and Tehran. In May, President Trump pulled the U.S. out of the 2015 nuclear deal, which administration officials indicated was part of a broader effort to curtail Iran’s activities in the Middle East, and said he was reimposing sanctions.

“In my judgment, what Iran is doing today is simply a continuation of what they have been doing for a long time, which is to harden themselves, build what alliances they can and prepare for the day” when conflict with the U.S. might erupt, Lt. Gen. Michael Nagata of the National Counterterrorism Center said at a conference Wednesday hosted by the Institute for the Study of War, a Washington think tank.

U.S. officials acknowledge Iran hasn’t stepped back from its assertive posture and say Iranian shipments of missiles and some advanced arms around the region have even accelerated. But they also note that the toughest sanctions are yet to come.

Iran has long sought to spread military power and political clout beyond its borders.


Iran’s economy, however, is under growing stress. The value of the rial has fallen almost 70% this year, from 45,000 to the dollar in January to 140,000 on Wednesday, a historic low. The Iranian parliament’s research center forecasts the economy to shrink between 3.8% and 5.5% in the coming Iranian fiscal year, which starts next March. 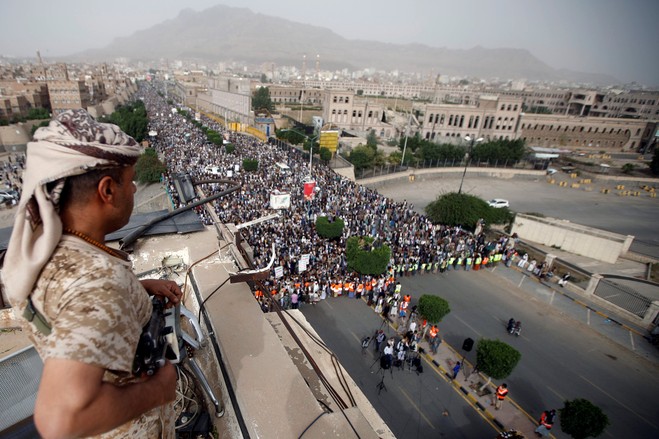 ...Iranian analysts also say that many of Tehran’s foreign operations are also inexpensive, allowing it to pick its fights and prod its enemies.

...While Tehran has rebuffed the Trump administration’s demands that it withdraw from Syria, it has pulled its forces out of the southwestern areas near the Israeli border at the behest of Russia, which sought to accommodate Israeli concerns.

Yet such moves are an example of Iranian “strategic patience,” not a withdrawal... “Iran might have decided to slow down. But it’s a passing phase.”

In the spring, President Trump ...vowed to quickly wrap up the fight against Islamic State and bring the troops out “very soon.”

...Now, with a climactic battle looming for Syria’s plan with Russia and Iran to retake rebel-held Idlib province, Mr. Trump is making a course correction—in tune with national-security officials determined to push back against longstanding adversaries. 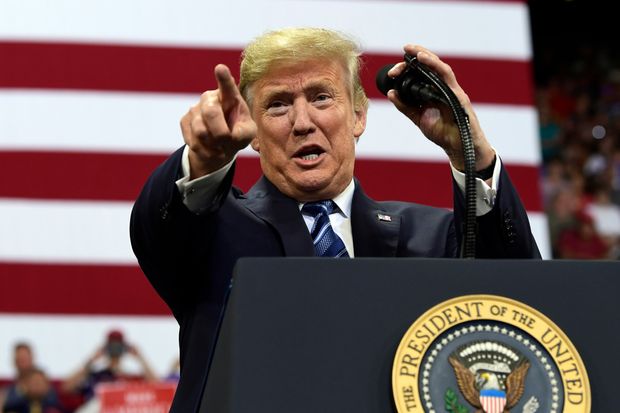 The principal objectives are to roll back Iran’s role in Syria and ensure that Islamic State can’t make a comeback, U.S. officials say.

Ousting Mr. Assad, who has succeeded in strengthening his hold on power over two U.S. administrations, is no longer a U.S. priority, senior officials acknowledge. But U.S. officials are still trying to foster a more inclusive political arrangement inside Syria while breathing new life into the nearly moribund international negotiations over the country’s future. 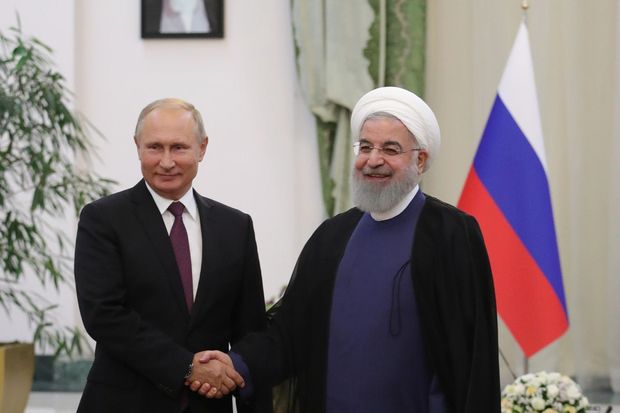 On the military front, the administration’s new emphasis on delivering Islamic State an “enduring defeat” will extend the deployment of U.S. troops at least into next year, U.S. officials said.

The legal mandate for keeping U.S. troops in Syria is still linked to support of Kurdish and Arab fighters who are trying to finish off Islamic State. But the move has implications for the diplomatic wrangling over the country’s future as extending the U.S. mission against Islamic State will also prolong the presence of U.S. forces and their Syrian allies in oil-rich areas of eastern Syria that the Assad regime is eager to control...

On the diplomatic front, the Trump administration has sought to reassure nervous allies that the U.S. intends to be active in the deliberations over Syria’s future, isn’t rushing to disengage militarily and is prepared to impose costs if the Assad regime and its Russian and Iranian allies proceed with the Idlib offensive.

That message was delivered this month on a trip to Israel, Jordan and Turkey by James Jeffrey, the former U.S. ambassador who has been named as Secretary of State Mike Pompeo’s new special envoy for Syria, and Joel Rayburn, who moved to the State Department from the White House National Security Council.

The administration hasn’t said publicly what actions it might take if the Idlib offensive goes ahead, even without the use of chemical weapons. But it sent a signal on Thursday of what might be in store by imposing sanctions on several Syrians and Lebanese citizens who have supported Mr. Assad, including Muhammad al-Qatirij, whom the Treasury Department said is facilitating fuel shipments to the Assad regime from Islamic State-controlled territory.

There have been other signals as well: On Friday, the U.S. Central Command announced the start of a live-fire exercise involving more than 100 Marines in southern Syria near the al Tanf base, which is occupied by a small U.S. force. Iran and Russia have demanded the Americans vacate the base, near the border with Jordan and Iraq.

Finally, Mr. Trump’s forays into public diplomacy have changed, at least for now. Instead of trumpeting the imminent departure of U.S. troops this month, he urged Mr. Assad not to “recklessly attack” Idlib...


For now, Mr. Trump appears to be persuaded that withdrawing from Syria quickly could play into his adversaries’ hands. Maintaining the president’s backing for his new Syria strategy may be its proponents’ biggest test.
Posted by Steve Lieblich at 8:20 am