Cutting UNRWA’s Support Is a Necessary Step despite expert advice 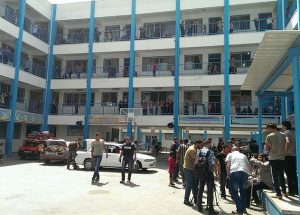 With the sole exception of Palestinians, international law does not grant refugee status to generation after generation of any group until the end of time. The American decision to cut funding to UNRWA is therefore a correction of a false reality that was established with the aim of perpetuating, rather than solving, the Palestinian refugee problem.

The US administration’s decision to cut funding for UNRWA is a bold decision that should have been made in the last century. The Palestinian refugee phenomenon is not unique in human history, but the international approach to it – especially in its treatment by the UN and its institutions – deviates from any universally accepted measure.

Nevertheless, Israeli security experts warn against the consequences of this decision, which they believe may undermine stability. This is a classic response of experts who cling to a familiar reality rather than take necessary steps that venture into an unknown.

This response reflects natural human anxiety about changing reality. Consider workers who inform management that they need a raise. The management is faced with a dilemma. To cover the cost of a wage increase, there would have to be a corresponding increase in the price of the products, which could drive buyers towards the competition. If no corresponding increase in the price of the products is made, production will cease to be profitable. Either way, the factory will face difficulties and might close down. In view of these concerns, the management might refuse to raise the workers’ wages, warning: “You are marching towards an abyss.”

This is a classic, rational dynamic that causes people to avoid taking a step that, while desirable, could have risky consequences. Karl Marx presented this behavior as a surrender to what he called “false consciousness.” The workers continue to be exploited through the argument that they are better off preserving the existing situation.

A change in an undesirable reality begins, therefore, when people are willing to shake off their familiar understanding of reality in anticipation of a new and potentially better one. Such daring requires the willingness to pay the possible price of disrupting an existing system. Moses faced such a difficulty when he went to Pharaoh with the demand “Let my People go.” Pharaoh’s immediate response created an even more difficult situation for the Israelites, leading Moses to complain to God: “Why did you send me to Pharaoh?”

This dynamic is familiar to every leader who would introduce change. Experts will always be on hand to supply convincing reasons why the status quo should be preserved, with all its problems. Because it is familiar, it is labeled the lesser evil.

Here lies the substantive difference between the vantage point of experts – such as intelligence officers who are responsible for warning about what could happen if a familiar, stable pattern is disrupted – and that of leaders.

While a leader must pay close attention to the warnings of experts, he must have the boldness to act when necessary to change realities that require correction.

As David Ben-Gurion said, experts specialize in what has already happened – not what is going to happen.

*Maj. Gen. (res.) Gershon Hacohen is a senior research fellow at the Begin-Sadat Center for Strategic Studies. He served in the IDF for forty-two years. He commanded troops in battles with Egypt and Syria. He was formerly a corps commander and commander of the IDF Military Colleges.
Posted by Steve Lieblich at 7:50 am