Shutting Down the PLO 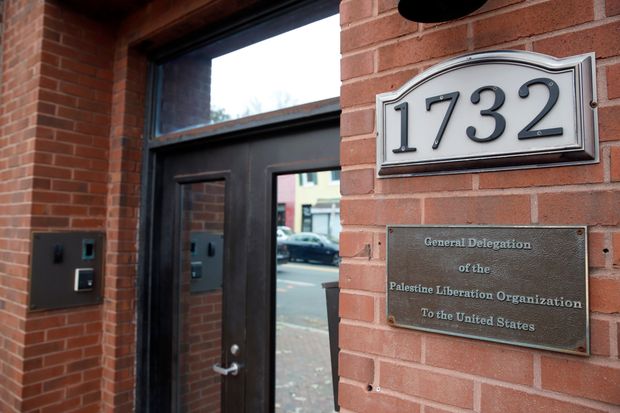 The Trump Administration is blowing the whistle on the Palestine Liberation Organization, and it would be hard to identify a more overdue reality check in U.S. foreign policy.

The Administration announced Monday that it is closing the PLO’s Washington office, citing lack of progress on peace negotiations. The PLO began as a terrorist organization but was allowed to open an office in Washington in 1994 after the Oslo accords produced hope for a new era of reconciliation between the PLO and Israel.

That hope has never been fulfilled, notably since the late PLO leader Yasser Arafat began the second intifada after walking away from the historic and generous Israeli peace offer brokered by Bill Clinton in 2000. Long-term indulgence of the PLO’s recalcitrance has had the effect of allowing a toxic and reflexive anti-Israel sentiment to build in international institutions, not least among academics and students on U.S. campuses.

The Trump Administration has tried to revive the Israeli-Palestinian talks, but it has also shown less tolerance for Palestinian resistance. Last November Palestinian Authority President Mahmoud Abbas used his speech at the United Nations to call for the investigation and prosecution of Israeli officials by the International Criminal Court (ICC). The Trump Administration said then that the PLO’s Washington office was at risk of closure.

Mr. Abbas’s call for an investigation of Israel by the ICC was consciously provocative, and the PLO’s Washington office would have known that. The U.S. Congress said in 2015—before Donald Trump became President—that the Secretary of State was required to certify that the PLO wasn’t trying to use the ICC against Israel.

In a speech Monday to the Federalist Society, White House National Security Adviser John Bolton made clear the U.S. will push back hard against any ICC investigation involving members of the U.S. military or the country’s allies.


“The United States... will use any means necessary to protect our citizens and those of our allies from unjust prosecution by this illegitimate court. We will not cooperate with the ICC.”

Meanwhile, late last month the U.S. announced it is permanently cutting funding to the United Nations Relief and Works Agency, or UNRWA, a primary source of Palestinian financial support for decades. The numbers are significant. The U.S. decision will cut off more than $300 million from UNRWA’s $1.24 billion budget. By now the U.N. agency is essentially a shadow government in the Palestinian-held territories. In Gaza alone, there are 274 UNRWA schools with a student population of 280,000.

The point of all this isn’t to be vindictive but to show Mr. Abbas and the PLO that they can't continue to underwrite anti-Semitic textbooks and anti-Israel terrorism without consequences. If the Palestinians want to be treated with the respect of a peace partner, they have to first show a desire for peace.
Posted by Steve Lieblich at 3:34 pm