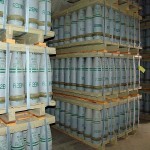 EXECUTIVE SUMMARY: Implementing chemical disarmament in Syria will be an enormous challenge, and the prospects for accomplishing it are doubtful. Appreciable portions of the chemical weapons arsenal have been trans-located, in part untraceably. Moreover, the timetable for Syrian disarmament announced by the US and Russia seems too condensed, even if “good will” and “fair play” are (mistakenly) assumed. Syria possesses a huge chemical warfare alignment, with dozens of multiform facilities and installations. Just an up-to-date mapping of this alignment is a very complex mission. The plausible possibility that various Iraqi chemical and biological weapons were added to the Syrian CBW inventory significantly complicates the situation. Moreover, Syria is likely to methodically further develop biological weapons as a powerful alternative to chemical weapons; and the US-Russia accord does not deal with this.

This special edition Perspectives Paper can be viewed in its entirety in this PDF link.

While various events and assessments related to the Syrian chemical weapons (CW) capabilities and conducts have been largely covered in the media since the civil war began, the picture concerning the program’s evolution – both conceptual and technological, which led to Syria’s vast CW arsenal – have remained nearly unnoticed. Comprehending the evolution of the chemical program is a prime tool for coping with the current complex situation, particularly since Syria is about to join the international CW convention. Above all, hovers the question of whether President Bashar al-Assad is indeed ready to give up Syria’s non-conventional arms. This essay addresses these issues and provides a detailed picture about the Syrian CW program, from its inception to the present.
Syria today is a prominent member of the chemical and biological weapons (CBW) club. As early as 1992, the US Defense Department ranked Syria as the sole Muslim state possessing a “chemical systems capability in all critical elements” for chemical weapons. And in recent years, Syria has added biological weapons to its arsenal. Money is also there, and in plenty; the picture of poverty that is drawn for the Syrian army’s conventional ordnance is misleading. Syria spends between $1 billion and $2 billion annually on its ballistic and CBW capabilities, an enormous share of its military budget.
Syria’s successful development of its CBW capabilities is a textbook case of how a small but determined state can operate beneath the radar of international scrutiny, building a formidable array of non-conventional capabilities under an ostensibly scientific cover. Yet media reports and most discussions of Syrian CBW programs have been far from adequate. What strategic concepts inform Syria’s programs? And what is the nature and composition of the Syrian CBW alignment? A thorough analysis of those questions would clarify some aspects of Syria’s chemical arsenal.
Click here to read more.
*BESA Center Perspectives Papers are published through the generosity of the Greg Rosshandler Family
Click here for a PDF version of this article
Posted by Steve Lieblich at 8:01 am No comments: Links to this post

In retaliation for the shooting on Sep. 22 of an Israeli soldier, Sgt. Gabriel Koby, 20, while patrolling in Hebron, killed by a sniper with a shot to the neck, the Government of Israel has allowed the immediate resettlement of Beit Hamachpela ("House of the Patriarchs") a three-story apartment building in that city near the Cave of the Patriarchs and close to where Koby was shot.

(Hebron's Jewish community had purchased most of the building in March 2012 but its members were expelled from it by the Israeli government a few days later on the grounds that they lacked a residential permit. They subsequently won a lawsuit permitting them to return but did not have authorization to do so.)

Prime Minister Benjamin Netanyahu commented that
"Whoever tries to uproot us from the city of our forefathers will achieve the opposite. We will continue to fight terrorism and hit the terrorists with one hand, and we will continue to strengthen the settlement enterprise with the other hand."
Economy Minister Naftali Bennett noted that "We know how to build and settle. Not to kill. This would be the appropriate Zionist answer [to the violence]."
Comments:
(1) As someone who has long argued for a more robust Israeli response to unprovoked violence, this decision strikes me as very appropriate. It signals the Palestinians that killing Israelis marches them exactly backwards. Next time, the Israeli response should be even more robust; as Aaron Lerner suggests, that could mean the settlement of a new neighborhood. This message would quickly get through and violence would abate.
(2) The Palestinian Authority did not condemn this attack, nor another one a day earlier, when an Israeli soldier, Tomer Hazan, also 20, was lured to his death in the West Bank, pointing again to the PA's completely unsuitability as a "peace partner" for Israel. The farcical negotiations sponsored by John Kerry and overseen by Martin Indyk should be suspended until Mahmoud Abbas makes a convincing apology and takes steps to insure that such misbehavior is never repeated. (September 23, 2013)
Posted by Steve Lieblich at 6:49 am No comments: Links to this post

Rouhani will smile all the way to the bomb

Posted by Steve Lieblich at 5:13 am No comments: Links to this post