Terrorist tunnels from Gaza into Israel

Photographs taken by photographer Jack Guez show tunnels dug by Hamas from Gaza into Israel. IDF troops still occupied with uncovering and destroying more tunnels: ‘Every day of combat allows us to inflict greater damage on this infrastructure.’
The photographs illustrates the threat in full force – the tunnels are professionally constructed, some reinforced with cement, equipped with rail tracks, power cables and a communications system. Hamas has invested a fortune in building the tunnels meant for terrorist attacks. 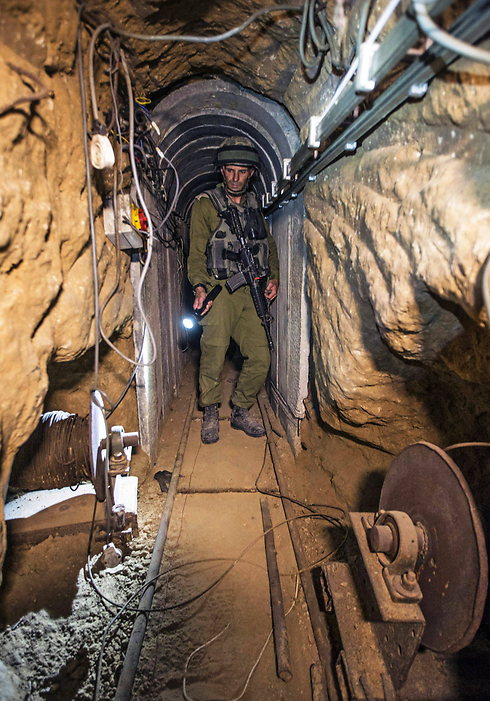 An Israeli army officer gives explanations to journalists during an army organised tour in a tunnel (Photo: Reuters)


The IDF Spokesperson’s Unit announced on Friday that since the ground operation was first launched, IDF troops have uncovered 31 tunnels, 11 of which that were destroyed and taken out of use. Earlier, GOC Southern Command Maj.-Gen. Sami Turgeman held a press briefing and addressed the threat posed by the tunnels.

“We have been working steadfastly since the moment we entered the Gaza Strip to locate and destroy the tunnels. We were able to uncover and demolish at least half of the enemy's tunnels used for attacks and we are continuing to work with determination." 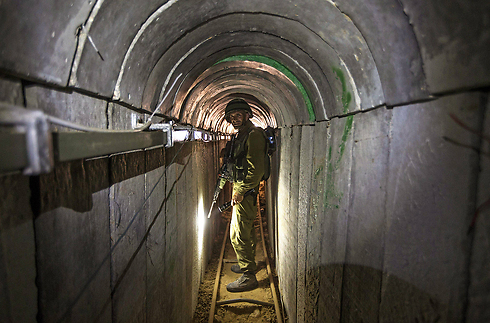 "Hamas has been building underground infrastructure for years. There's an underground Gaza – this isn't a slogan, but rather the plain truth. Our units have come across it and in every day of our combat we manage to damage this infrastructure.

He stressed that "It took the movement five years to build the tunnels, some of the tunnels took four years to build, and we managed, in one week, to cause significant damage to this capability. I believe that every day of combat will allow us to deliver a fatal blow to what Hamas considers an important infrastructure." 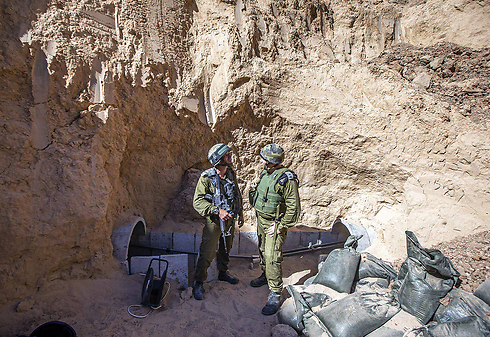 Israeli army officers talk at the entrance of a tunnel (Photo: Reuters)

In general, the tunnel issue is defined in Gaza as a national flagship project. It includes three types of tunnels: The smuggling tunnels on the Philadelphi Route in Rafah, the offensive tunnels along the border fence with Israel, and the strategic tunnels inside the Gaza Strip which are meant to be used mainly for mobilizing forces between areas at times of emergency, but also for firing rockets, mine laying and kidnapping.

The cost of each tunnel, some of which extend over hundreds of meters, is huge. There are hundreds of people in the Strip whose only purpose in life is to dig. 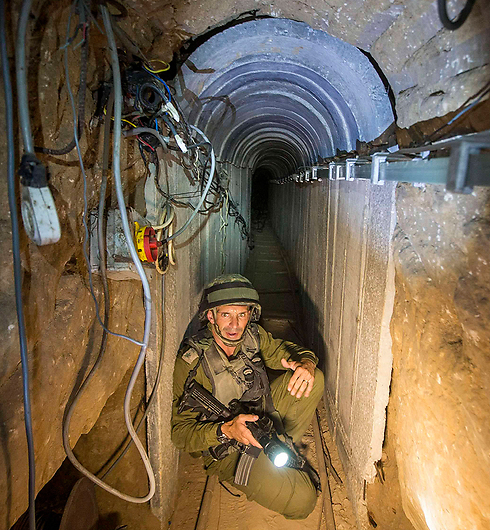 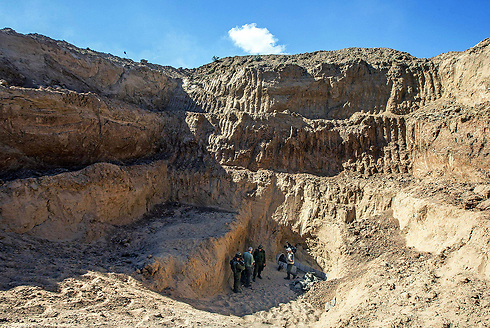 Entrance of a tunnel said to be used by Palestinian militants for cross-border attacks (Photo: Reuters)


The Gaza tunnel project is organized, calculated and does not leave any room for piracy. It is coordinated between all the factions' military wings and includes the registration of all the tunnels in the Strip, including the tunnels' routes, the ways to enter them and the destination according to which they are mapped. 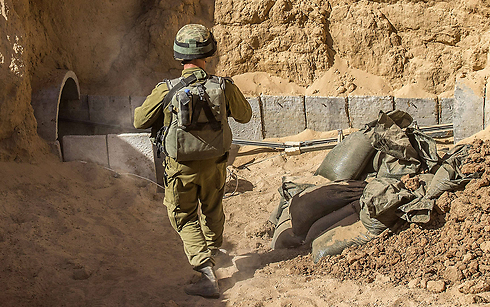 Each military wing in the Strip is permitted to dig a tunnel only after coordinating the activity with the person in charge of the district. An average dig takes about four months. Most of the tunnels are dug by hand during the night, and each tunnel is accurately calculated. 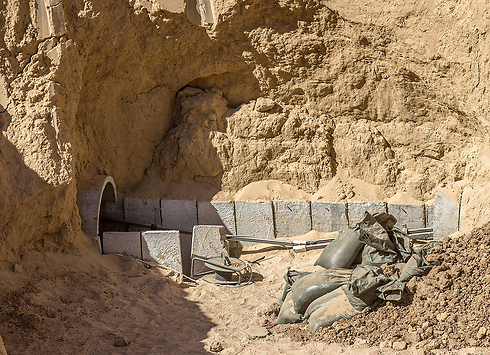 
The factions have defined every part of the Strip as eligible for a tunnel for military purposes. When a tunnel is dug near the border fence, those responsible for it notify the land owner, subject to security coordination, and stress the structural separation:


Everything above the ground belongs to him and everything under the ground is under the responsibility of the military factions. If needed, he will be financially compensated. Thus, some of the land owners know that there is a tunnel under their lands, but they are unfamiliar with its route.
Posted by Steve Lieblich at 7:20 am