Follow the map the British drew in 1922, which put Arab and Jewish Palestine across the Jordan River. 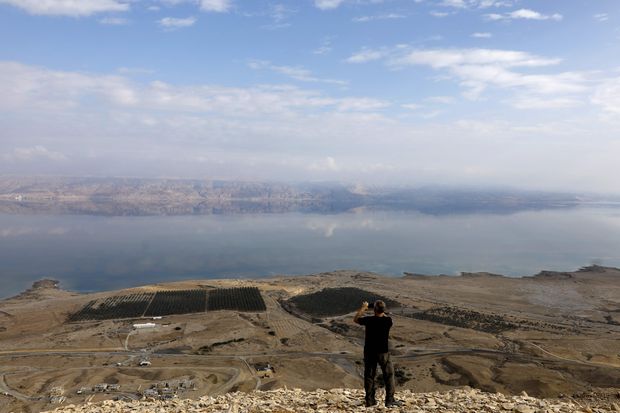 A view of the Dead Sea and Jordan from the West Bank.
PHOTO: MENAHEM KAHANA/AGENCE FRANCE-PRESSE/GETTY IMAGES

The Trump administration has offered tantalizing clues about its forthcoming “Deal of the Century” for Mideast peace. It could be a bold new concept—replacing the failed “two-state solution” with a Jordan-Israel confederacy, in which Jordan would be recognized as the Palestinian state. Call it the true-state solution.

Palestinians have always been the majority in Jordan, though they haven’t been treated as such since its creation as a British-appointed Hashemite monarchy in 1921. The true-state solution would enfranchise the Palestinians. Jordan would extend citizenship to, and assume administrative responsibility for, Arabs now living on the West Bank of the Jordan River—including the cities of Jenin, Nablus, Ramallah, Bethlehem and Jericho—which would be Israeli territory. West Bank Jordanians could receive financial support to relocate across the river to Jordan itself if they wish, or remain as permanent residents (but not citizens) of Israel. Israelis would be free to live anywhere west of the Jordan River. Variations of this “Jordan option” have received increasing attention across the region in recent years.

Why would King Abdullah II accept such an arrangement? To be blunt, it would be his best option. His rule—and his family’s security and fortune—already teeters under pressure of regional migration and domestic Palestinian discontent. The king’s acquiescence—or possibly U.S.-guided abdication—would probably buy his family’s protection.

Trump administration officials have promised their plan will take advantage of Israel’s recent unprecedented collaboration with its Arab neighbors and other developments that suggest “things can be done today that were previously unthinkable,” as then-Ambassador Nikki Haley said last month. The administration promises a new approach based on practical realities. 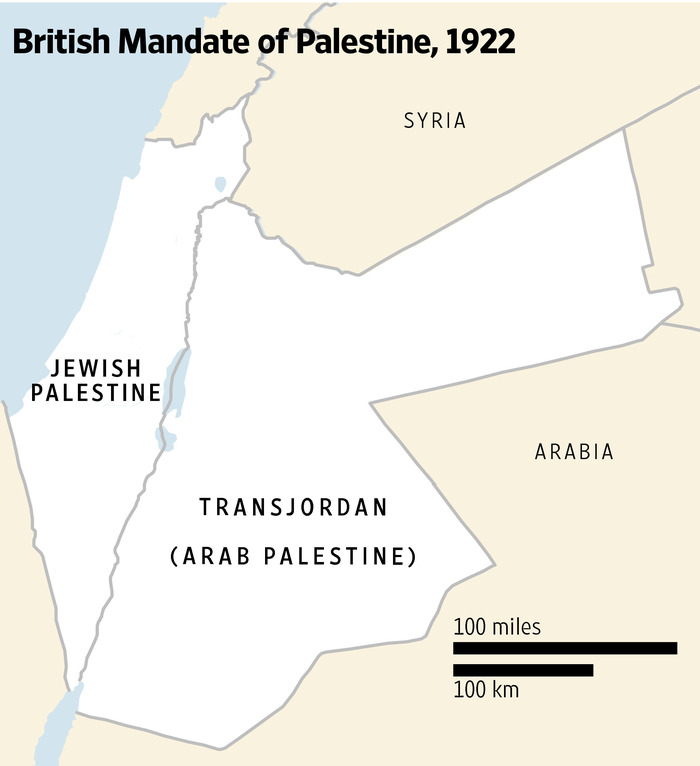 Start with a truthful foundation of history. Britain inherited all of present-day Jordan and Israel when the Ottoman Empire dissolved after World War I. The Palestinian Mandate of 1922 divided the area into Arab Palestine (Transjordan), comprising 78% of the territory, and Jewish Palestine (Israel), the remaining 22%. Britain later tried to accommodate Arab opposition by further dividing Israel’s 22% in what became the United Nations Partition Plan of 1947. The Jewish Agency for Palestine immediately accepted that plan. But when the General Assembly passed the resolution recognizing Israel’s independence, the Arab states immediately launched a war, which squandered the Partition Plan’s window for an Arab state on the West Bank.

Jordan, encouraged by Britain, annexed the West Bank in 1950—a move the Arab League bitterly opposed and almost no state recognized. That arguably left Israel with the legal right under the original British Mandate to claim sovereignty over the entire 22% of Palestine outside modern Jordan. Israel’s claim was further consolidated by its victory in the 1967 war. Jordan later disavowed its claim on the West Bank and severed administrative ties in 1988, leaving the status of its former citizens further in limbo.

Yasser Arafat’s Palestine Liberation Organization had tried to win Palestinian control of Jordan, repeatedly attempting to assassinate King Hussein in the 1960s. After the PLO was evicted to Syria by Jordanian troops in “Black September” 1970, the PLO’s narrative shifted entirely to painting Israel as the Palestinians’ “occupier.” Despite underwriting a two-state settlement in the 1993 Oslo Accords, Arafat’s launching of the second intifada seven years later revealed that the PLO’s paramount goal was still rejection and delegitimation of Israel, not coexistence.

West Bank Palestinians have been fortunate to remain in territory under Israeli protection and administration since the 1967 war. They have been unwanted by the Hashemite Kingdom or other Arab nations—then and since. Little wonder that polls suggest a large majority of West Bank Palestinians would prefer life in Israel to being governed by the Palestinian Authority. They seek normal lives, jobs they can travel to and other basic human liberties. This would be possible with a Palestinian role in Jordan’s leadership that not only accepts the Jewish state’s legitimacy and mutual security responsibilities with Israel, as the Hashemite Kingdom already does, but also restores the Palestinians’ Jordanian citizenship and coordinates with Israel in civilly administering the West Bank.

There are Palestinians who would support such a move. Mudar Zahran, 45, is a Jordanian Palestinian who describes himself leader of the Jordanian Opposition Coalition. He lives in Britain under asylum, having been convicted in 2014 in absentia for “inciting hatred against the regime, sectarian strife and insulting the king as well as security services” to show for it.

Mr. Zahran told the European Parliament in September that what holds back the Palestinian people from enjoying Israel’s economic prosperity is the corruption of the Palestinian Authority and the Hashemite family’s exploitation of Jordan’s Palestinian majority. “Let our people go,” he implored, “both peoples, Jordanians and Israelis.” A true-state solution would let them end the futile refrain of resisting and defending and get on pursuing common interests as they have been for decades in Jerusalem’s Old City.

A Palestinian capital in Amman would have no use for the Palestinian Authority, much less its corrupt, illegitimate and unpopular leaders and their incitement. Would King Abdullah make room for more-representative governance in Jordan? Or might some forward-looking Palestinian emerge, with U.S., Israeli and Arab support, to advance his citizens’ economic prospects and human rights?

And what about Gaza? U.S. officials have said they see that as a separate problem and its resolution as a prerequisite for success. It seems logical that Palestinians there could also enjoy a confederacy option, with either Jordan or Egypt.

The true-state solution would be innovative and elegant—worthy of “Deal of the Century” designation. If it materializes, Barack Obama will ironically deserve some of the credit. His cultivation of Iran’s Ayatollahs stimulated the Arab states’ recent cooperation with Israel. And Donald Trump will have proved instrumental in helping Israel fully attain its potential as a “light unto nations,” for all its cultures and inhabitants—Christians, Druze, Muslims and Jews—and as a beacon of democracy, prosperity, peace and stability in the Middle East and beyond.
Posted by Steve Lieblich at 10:52 am