Next stage:'Root canal' for terror

...After IDF forces managed to reach their target destinations inside Gaza, soldiers have started searching the area for weapon caches, terrorist infrastructure and terrorists.

The incursion into Gaza, which was launched Saturday evening, has already claimed the life of one soldier, Staff-Sergeant Dvir Emanuelof of the Golani brigade. 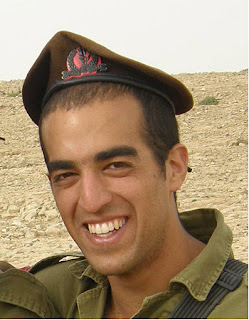 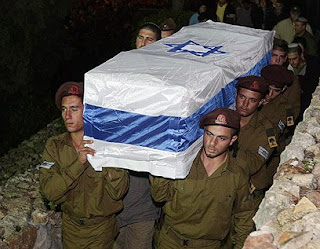 Some 40 soldiers were wounded in clashes, and over 50 Palestinian gunmen were killed in the first day of the fighting, according to the Israeli army.

The Israel Air Force struck some 30 targets in the Gaza Strip on Sunday night, including a mosque, a suspected antiaircraft machine gun and several tunnels on the Philadelphi Route. The Navy attacked posts belonging to Hamas' naval force and a bunker where Grad missiles were being stored....
...Military sources said that the clashes in the sector were expected to continue throughout the night and even escalate with dawn.

Decline in rocket fire Defense establishment officials estimated Sunday that the ground incursion has led to a reduction of long-range rocket fire into Israel, and added that should the operation continue as planned, rocket fire at Ashdod, Netivot, Beersheba and Ofakim would be substantially reduced soon.
However, they stressed that Hamas was still capable of targeting these towns.
On Sunday's cabinet meeting, the ministers were informed that 220 of the 300 rockets fired on Israel's south in the last week – 73% - were launched from areas that have been seized by the army in the last 24 hours.
This fact, coupled with the shutting down of a great number of the tunnels used for smuggling weapons and the heavy damages inflicted on Hamas' arms storages, workshops and rocket production facilities, has contributed to the decrease in rocket fire on Israel.
However, security officials believe that the terror group still posses a great number of short-range rockets. It is also possible that Hamas has reduced rocket fire for tactical reasons and will resume the attacks at a later stage of the fighting.

Seeking intelligence, bargaining chips Another objective of the forces is to arrest Hamas operatives in Gaza and bring them for questioning in Israel. This is aimed to serve two purposes: Obtaining new intelligence from the detainees that could be used by the forces on the ground; and using the captives as bargaining chips in future negotiations.
The IDF has set up a facility near the Strip in which captives will be held and interrogated.

The army has also begun preparing for the possibility that the operation will be expanded and reserve units have already started training on Saturday, in the event that they will be needed in Gaza.
Meanwhile, the transferring of humanitarian aid into the Strip is expected to be renewed Monday after being halted during the first day of the ground operation.
Posted by Steve Lieblich at 3:51 pm