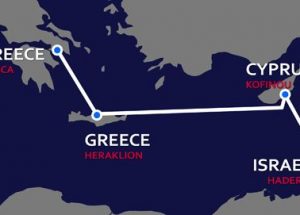 In the final analysis, it is not the EMA’s purpose to resolve the issue of Turkey, which is the thorniest security problem for the Western alliance in the Eastern Mediterranean and the Middle East. The EMA’s core mission is to promote and secure the collective interests of its partners, to encourage the primacy of international law over irredentist and aggressive policies irrespective of their source, and to create and strengthen a superstructure of economic initiatives of irrefutable strategic value to Europe and the US. In the meantime, as Federiga Bingi of Johns Hopkins put it, “Europe and NATO cannot afford to be checkmated by Erdoğan.” They should act accordingly.
Posted by Steve Lieblich at 6:32 pm