The Truth About Hamas and Israel

Dozens of Palestinians died to further the terror group’s lies—and the Western media ate it up. 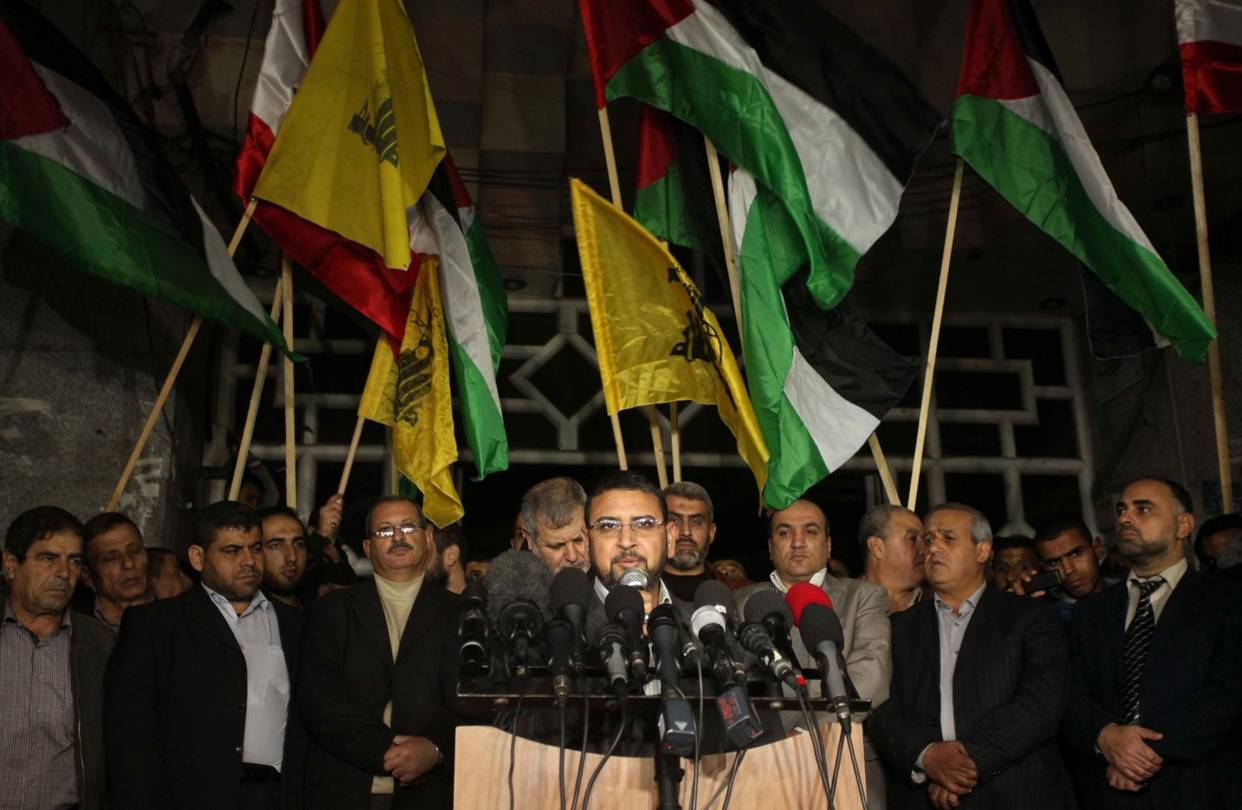 Sami Abu Zuhri is the spokesman for the extremist group Hamas, an internationally recognized terrorist organization funded by Iran. Hamas controls Gaza and has killed innocent Israeli, American, Brazilian, Kenyan, British, French and Chinese civilians. As chief intelligence officer of the Israel Defense Forces’ Gaza division from 2012-14, I came to know Mr. Abu Zuhri and other Hamas spokesmen from a distance.

Their modus operandi is simple: Lie.
Their lies support the stated goal of Hamas: the delegitimization and destruction of Israel.

For weeks the international media has reported on violence on the border between Gaza and Israel. Hamas has continued to lie to the world, which is why their rare acknowledgments of truth are especially revealing.

Hamas spokesmen raced to the press last week to lament the death of innocent civilians. But a senior Hamas leader, Salah Bardawil, said in a May 16 interview with a Palestinian TV station:


“In the last round of confrontations, if 62 people were martyred, 50 of them were Hamas.”

Hamas itself has confirmed that 80% of those killed in their violent riots last Monday were members of a terrorist group, not innocent civilians. Several more of the fatalities were claimed by Palestinian Islamic Jihad. On May 13, Mahmoud Al-Zahar, a co-founder of Hamas, said in an interview with Al Jazeera:


“When we talk about ‘peaceful resistance,’ we are deceiving the public.”

You can trust Hamas only when they admit to their lies.

The Hamas spokesmen orchestrated a well-funded terrorist propaganda operation. Behind the theatrics was a plan that threatened Israel’s border and civilians. Hamas provided free transportation from throughout the Gaza Strip to the border for innocent civilians, including women and children. Hamas hired them as extras, paying $14 a person or $100 a family for attendance—and $500 if they managed to get injured. Hamas forced all of their commanders and operatives to go to the border dressed as civilians, each serving as a director of an area—as if to direct their own stage of the operation.

The audience was the international media. Hamas gave anyone with a video camera front-row access to the show and free Wi-Fi. The IDF had precise intelligence that the violent riots were masking a plan of mass infiltration into Israel in order to carry out a massacre against Israeli civilians. Hamas called it a “peaceful protest,” and much of the world simply fell for it.

In multiple assaults on the border this spring, Hamas has used machine guns, Molotov cocktails, airborne improvised explosive devices and grenades. Hundreds of Gazans have tried to blow up or tear down the fence between Gaza and Israel, with the intention of infiltrating our sovereign territory and reaching innocent Israelis who live minutes from the border.

On April 6 the Hamas political leader, Yahya Sinwar, stated: “We will take down the border [with Israel] and we will tear their hearts from their bodies.” On Facebook Hamas posted maps for their operatives showing the quickest routes from the border with Israel to Israelis’ homes, schools, and day-care centers near the border. Does that sound like a peaceful protest to you?

Facing the dangers posed by cowardly terrorists who disguise themselves as civilians, IDF soldiers acted with courage and restraint, following strict rules of engagement to ensure minimum civilian injury and loss of life while still protecting the border. As part of Hamas’s propaganda operation, hundreds of Gazans were injured last week and several dozen died, most of whom were Hamas operatives. None of this violence had to occur, but it was the violence that Hamas instigated and orchestrated so that the headlines and pictures would reinforce the lies that the Hamas spokesmen had planned.

Hamas can lie—to the world, to Palestinians and to their own commanders and operatives—but I am proud that the IDF will never lie or use Israeli civilians or soldiers as pawns. Some of Israel’s greatest friends might have preferred that we had looked better in the media this past week, but between vanity and truth, the IDF always chooses truth. It is that morality that sustains the IDF. The uniformed professional soldiers of the IDF may not photograph well compared with terrorists disguised as civilians—but we are honest about what we are and what we say. As the IDF spokesman, if I cannot source and cite material, I will not allow it to be published. I will not release any statement if the facts are in doubt.

Some in the media helped Hamas by publishing its lies rather than the facts. Hamas achieved negative media coverage about Israel after their first violent riot, on March 30, the first day of this propaganda operation. Hamas could have then claimed a propaganda victory, stopped the violence, and prevented many deaths. But for Hamas, lies are more important than lives.

If in order to win the international propaganda war I need to lie like Hamas, then I prefer to tell the truth and lose. The IDF will win where it matters—protecting our civilians in the face of terror. The soldiers of the IDF won this week by keeping Israeli families safe and by stopping Hamas from accomplishing its stated goals.

Even more than the lying, the true difference between Mr. Abu Zuhri and me is that he goes to sleep every night wishing for the destruction of my country and the death of my children. I go to sleep at night hoping for a better life for his children as well as mine. And that’s the truth.

*Brig. Gen. Manelis is the spokesman for the Israel Defense Forces.
Posted by Steve Lieblich at 1:56 pm