...Four Israelis were injured by shrapnel during several salvos of rockets and mortar rounds that targeted southern Israel, including three troops. One soldier suffered moderate wounds and the other three people were lightly injured...


“We see Hamas, which cooperates with [Palestinian Islamic] Jihad, as responsible for this escalation,” [Foreign Ministry spokesperson Emmanuel] Nahshon said.

... international condemnation rained down on Hamas and Islamic Jihad, much of it focusing on a mortar shell that landed in a kindergarten playground shortly before children arrived. 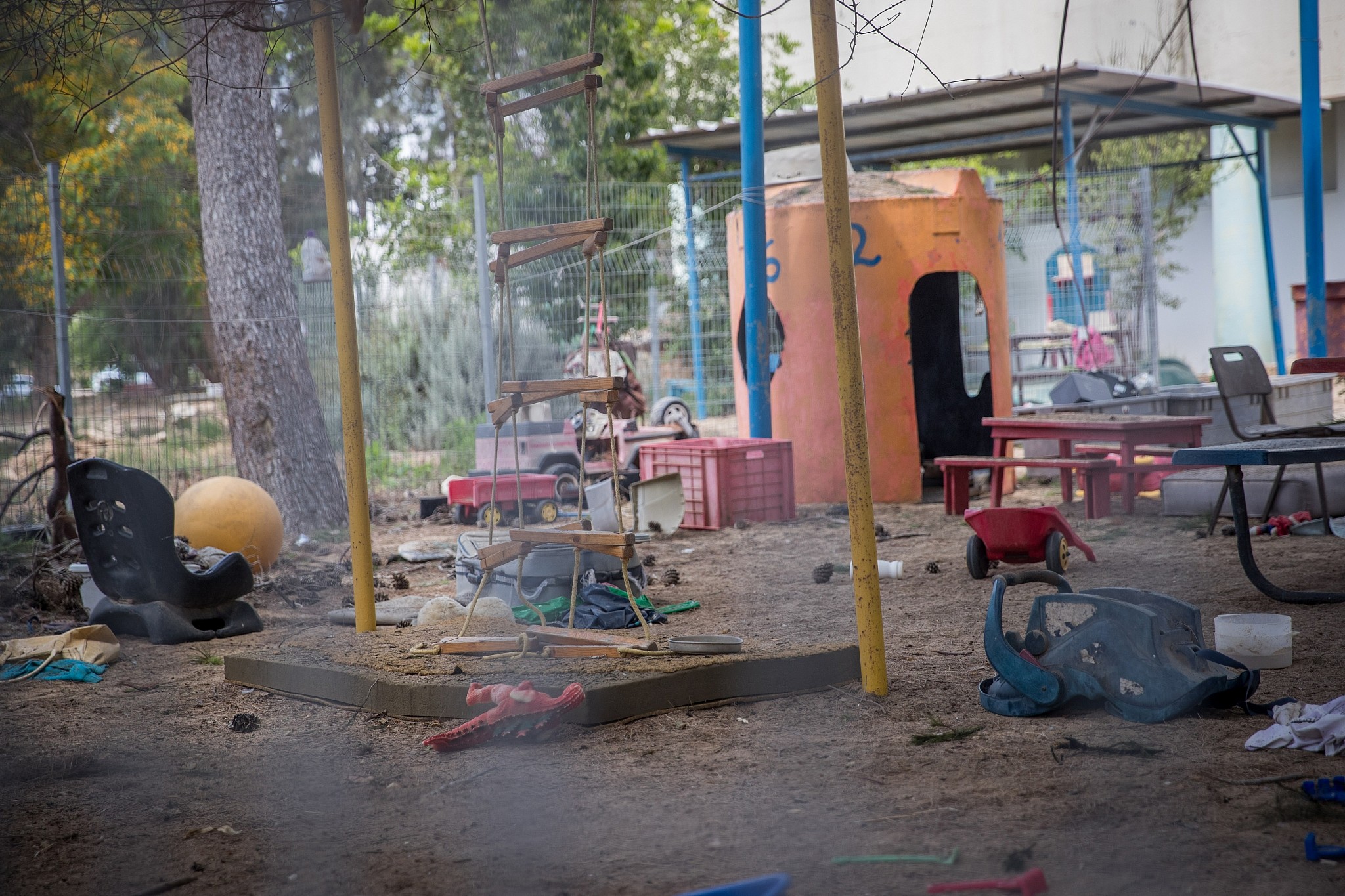 The site where a mortar shell from Gaza hit a kindergarten in southern Israel on May 29, 2018.
(Yonatan Sindel/Flash90)

Envoys for the European Union, the United Nations, the US administration, and other nations vocally condemned the attacks.


“Reprehensible – mortars fired from Gaza at a kindergarten and community in Israel! Hamas has failed – all it can offer is terror... Palestinians in Gaza need real leaders to work on Gaza’s real problems with its water, its economy and so much more.”


“France condemns these unacceptable attacks, which are targeted at civilians, thankfully without fatalities. France’s commitment to Israel’s security is unwavering,” the Foreign Ministry in Paris stated.

“France condemns the use of violence, which is incompatible with a peaceful settlement of the Israeli-Palestinian conflict. Reviving a credible political process requires all parties refrain from it.”


EU Ambassador to Israel Emanuele Giaufret was the first member of the international community to comment on Tuesday’s events.


“As kids were preparing for school this morning a barrage of rockets from Gaza fell on southern Israel,” he tweeted. “One landed outside a kindergarten. I know the resilience of communities in southern Israel but indiscriminate attacks are totally unacceptable and to be condemned unreservedly.”


“deeply concerned by the indiscriminate firing of rockets by Palestinian militants from Gaza.”

He stressed that at least one mortar shell hit the immediate vicinity of a kindergarten and could have killed or injured children.


“Such attacks are unacceptable and undermine the serious efforts by the international community to improve the situation in Gaza...  All parties must exercise restraint, avoid escalation and prevent incidents that jeopardize the lives of Palestinians and Israelis.”...


"I condemn the rocket fire from #Gaza into Israel today. Indiscriminate attacks against civilians, especially those that risk killing or injuring children, are completely unacceptable under any circumstances..." ...


"Israel has every right to defend itself against these deplorable attacks by the terrorist groups Hamas and Islamic Jihad. Our thoughts are with everyone affected today..." ...

...the United States called for an emergency meeting of the UN Security Council to discuss the latest attacks on Israel out of the Gaza Strip by Hamas and other militants....


“The recent attacks out of Gaza are the largest we have seen since 2014. Mortars fired by Palestinian militants hit civilian infrastructure, including a kindergarten. The Security Council should be outraged and respond to this latest bout of violence directed at innocent Israeli civilians, and the Palestinian leadership needs to be held accountable for what they’re allowing to happen in Gaza,” said US Ambassador to the UN Nikki Haley.

Posted by Steve Lieblich at 3:09 pm