The Iran-Israel War Flares Up

The fight is over a Qods Force presence on the Syria-Israel border. How will the U.S. respond? 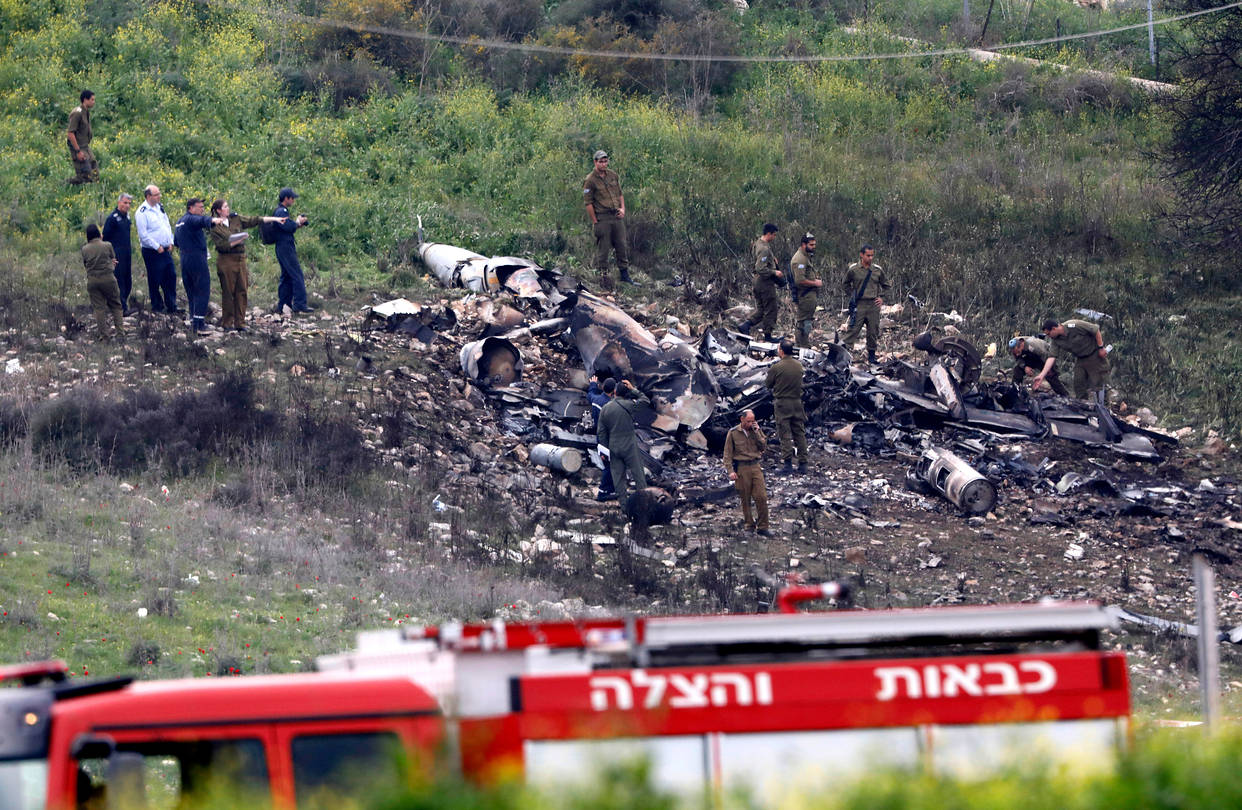 The conflict between Israel and Iran may be heating up after a half-decade simmer. On Friday night Iran dispatched a drone from Syria that penetrated Israeli airspace in the Golan Heights. Israel destroyed it with an Apache helicopter. Then on Saturday Israel sent eight F-16s across the border to strike the airfield in the Homs governorate, called the T-4 base, where the drone originated, as well as a handful of other Iranian targets. Although the mission was a success, one F-16 was shot down by Syrian antiaircraft fire—though the pilot made it back to Israel, where he and his navigator ejected successfully.

This was the most significant clash to date between Israel and the so-called Axis of Resistance—Iran, Syria’s Assad regime and Hezbollah—since Iran began deploying soldiers and proxies to Syria six years ago.

Israel insists its response was limited and its intent is to contain this conflagration. Its critics worry that the skirmish could explode into one of the worst wars the Middle East has ever seen.

The Iranians have been exploiting the chaos of the Syrian civil war to build up military assets there that target Israel, all the while sending advanced weaponry to Lebanon by way of Damascus, also under the fog of war.

The Israelis have been vigilant; they have destroyed some of this hardware in Syria with one-off strikes. In December they struck an Iranian base southwest of Damascus, some 30 miles from the Golan Heights. But they had never entered Syria with the kind of overwhelming force seen on Saturday morning.

What prompted this level of response is still unclear. Israeli military officials won’t say whether the Iranian unmanned aerial vehicle was armed. It would be a surprise, though, if Israel’s reprisal was prompted by an unarmed UAV. Indeed, this was not the first drone incursion into the Golan Heights. Last year, Israel’s missile defenses intercepted several Iranian-built drones, operated by Hezbollah, attempting to enter Israeli airspace from Syria.

The Israel Defense Forces had warned that the T-4 base was crawling with fighters from Iran’s Qods Force, an arm of the Islamic Revolutionary Guard Corps. Prime Minister Benjamin Netanyahu had paid multiple visits to Moscow hoping to convince President Vladimir Putin to curb the threatening activities of Iran and its proxies. Mr. Putin has established a formidable presence in Syria since 2015, when his forces entered the country ostensibly to combat Islamic State.

The Israelis took a significant risk Saturday of rankling the Russians, especially since they reportedly did not warn Moscow of the attack in advance. Russian personnel sometimes embed with Syrian air-defense units and are sometimes present at the T-4 base. Thus the strike might have been intended as a message to the Russians as much as to the Iranian axis.

Whether Russia had advance knowledge of the Iranian drone operation isn’t clear. Nor do we know whether Russia was involved in unleashing the Syrian surface-to-air missiles that downed the Israeli F-16. What we do know is that after many Israeli airstrikes in Syria over many months, this was the first time Syrian antiaircraft weapons managed to hit a target. That points toward Russian involvement.

Even so, the Israelis were not deterred from launching, within hours, a second wave of airstrikes against additional Iranian and Syrian targets, including air-defense sites, many of which likely had been monitored for months. According to Israeli sources, the second wave was the largest aerial attack against Syria since the Lebanon war of 1982, when the Israeli Air Force hammered Syria’s Soviet-built surface-to-air missile batteries in the Bekaa Valley.

Now all eyes are on Israel as it mulls its next moves. For Jerusalem, the status quo is unsustainable. The Iranians are clearly willing to absorb tactical strikes so long as they are able to consolidate their strategic position, which will prepare them for a future conflict with the Jewish state. So while Israel’s political leaders are eager to avoid conflict, the military brass may soon determine that postponing it would be the riskier course.

The Israelis also are working the phones with the Trump administration, which has affirmed Israel’s right to defend itself. That declaration will carry significance as Israel considers its options. Washington continues to tweak its new policy of targeting Iran with multiple instruments of American power. But this policy is encumbered somewhat by the White House’s agreement with Russia to maintain a “de-escalation zone” in southwest Syria—an agreement that clearly benefits Iran and the status quo.

The Pentagon and State Department have already condemned Iran and thrown their support behind Israel. The question now is whether the Trump administration will go further. In a speech last month unveiling the administration’s strategy for Syria, Secretary of State Rex Tillerson affirmed that the U.S. seeks not only to ensure its allies’ security but to deny Iran its “dreams of a northern arch” from Tehran to Beirut. A good way to achieve both objectives would be to back Israel’s responses to Iran’s aggression—now and in the future.

*Mr. Badran is a research fellow and Mr. Schanzer senior vice president for research of the Foundation for Defense of Democracies.

Posted by Steve Lieblich at 5:22 pm