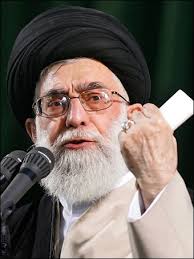 The debate over the pros and cons of the Iran nuclear framework agreement negotiated between the P5+1 and Iran at Lausanne (April 2, 2015) is simply irrelevant. The search for truth in the conflicting versions about the details of the deal coming out of Washington and Tehran is of no consequence. And the steps suggested by Israel and other critics to improve the efficacy of the deal (by more stringent inspections and so on) will not change much.

The deal is basically dangerous in nature, and needs to be rejected outright.

The deal permits Iran to preserve stockpiles of enriched uranium, to continue to enrich uranium, and to maintain illegally-built facilities at Fordow and Arak. Even in the absence of a signed full agreement, the U.S. and its negotiating partners already have awarded legitimacy to Iran’s nuclear threshold status. In all likelihood, the United States, quite desperate to get a formal deal, will make additional concessions in order to have a signed formal deal -- which won’t be worth the paper on which it is printed.

This outcome has been a foregone conclusion since November 2013, when the U.S. agreed to the "Joint Plan of Action" on Iran's nuclear program. Already back then, the U.S. decided not to insist any longer on the goal of rolling back the Iranian nuclear program, ignoring several U.N. Security Council resolutions demanding no uranium enrichment, as well as discarding the security concerns of American allies in the Middle East (primarily Israel, Saudi Arabia and Egypt -- who better understand the regional realities).

Middle Easterners clearly discern an Iranian diplomatic victory in this accord, which should not surprise anybody. Iranians are much more adept at negotiating than Americans. Iran is getting more or less what it wanted: the capability to produce enriched uranium and to research weapon design; agreement to keep its missile program intact; and no linkages to Iranian behavior in the region. The deal is a prelude to nuclear breakout and Iranian regional hegemony.

Indeed, with no attempt to roll back the Iranian nuclear program, as was done in Libya, we are progressing toward the North Korean model. Those two are the only options in dealing with nuclear programs of determined states such as Iran. Iran's nuclear program benefited in many ways from assistance that originated in Pakistan and in North Korea (both are nuclear proliferators despite American opposition). Compare the recent statements by President Obama to the speeches of President Clinton justifying the agreement with North Korea (October 1994). Their similarities are amazing; an indication of the incredible capacity of great powers for self-delusion.

What counts is not the Obama's administration expression of satisfaction with the prospective deal, but the perceptions of Middle East actors. For example, Saudi Arabia and Egypt have deplored the fact that the U.S. is bestowing international legitimacy on Iran’s status as a nuclear threshold state. They probably believe the interpretations of the deal offered by Tehran more than those professed in Washington. Therefore, they will do their best to build a similar infrastructure leading inevitably to nuclear proliferation in the region -- a strategic nightmare for everybody.

Unfortunately, no better deal is in the offing. Whatever revisions are introduced cannot change its basic nature. The accord allows Iran to have fissionable material that can be enriched to weapons grade material in a short time and Tehran can always deny access to inspectors any time it chooses. This is the essence of the North Korean precedent.

Obama is right that the only alternative to this deal is an Iranian nuclear fait accompli or the bombing of the Iranian nuclear infrastructure. Obama’s penchant for engagement, his reluctance to use force, and his liberal prism on international relations (which adds rosy colors to international agreements) has led to this miserable result.

Netanyahu is wrong in demanding a better deal because no such deal exists. Yet denying its ratification by the U.S. Congress could create better international circumstances for an Israeli military strike. In fact, criticism of Obama’s deal with Iran fulfills only one main function -- to legitimize future military action. Indeed, Netanyahu is the only leader concerned enough about the consequences of a bad deal with the guts and the military capability to order a strike on the Iranian key nuclear installations.

If inspections, sanctions, sabotage and political isolation ever had a chance to stop Iran from getting the bomb (this was always a dicey proposition), that certainly is no longer the case. It is more evident than ever that only military action can stop a determined state such as the Islamic Republic of Iran from building a nuclear bomb...

*Efraim Inbar, director of the Begin-Sadat Center for Strategic Studies, is a professor of political studies at Bar-Ilan University and a fellow at the Middle East Forum.