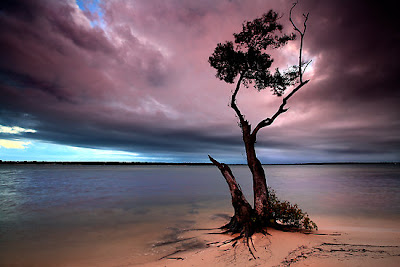 Israel can withstand and overcome the current wave of violence, which is just another chapter in the struggle against Arab and Islamist hatred. But to do so, there are concrete steps that Israel should take - now.

During these difficult days of increasing terror, the most urgent question is: What can we do in order to cope optimally with the growing terrorist violence in Israel, knowing that behind the scenes there are several players who are expending intense efforts to bring about an explosion.

Supporting Hamas is a coalition composed of Qatar and Turkey, with unlimited sources of funds.

The PLO, at the same time, is trying to hold on to first place and cannot allow itself to appear less extreme than Hamas, for fear it will be accused of cooperating with Israel. This is the origin of the two-faced behavior of the PA: on the one hand, it presents a cooperative face to Israel and on the other hand, it stabs Israel in the back, through incitement and education, on the street and in international forums.

Qatar bases its standing in the Arab world and the West by pouring oil on the fire, exactly as it does with Islamic State. Hypocritically, in the usual Qatari fashion, it funds Islamic state while, as part of the Western coalition, it expresses support for those who fight it.

Behind the scenes of the growing terror Israel faces stands Islamic State, the model for successful battles against the enemies of Islam: massacre the enemy, act with extreme violence and use fast vehicles that give the impression of Jihad's sweeping, advancing victory. The murderers who entered the Jerusalem Synagogue did not bring long butcher's cleavers for nothing.

The answer:
The time for politically correct euphemisms is over and the unpleasant truth must be told as it is.

First of all, Israel must say emphatically: the Palestinian Authority established on the basis of the Oslo Accords is an enemy entity, an enemy whose goal is establishing an Arab state  in place of Israel, not alongside Israel, but on its ruins. That is the reason the Oslo Accords were violated so blatantly and thoroughly by the other side, resulting in them being declared null and void..

In addition, Israel must cease funding the PA on the basis of economic agreements derived from the Oslo Accords. There is no other country that funds an enemy entity, and there is no reason for Israel to be the only country that acts in such a delusional manner.

The government of Israel must condemn those among us who were instrumental in giving us the "New Middle East", even those who once held posts of high honor.

2. Israel must announce as clearly as possible that Jerusalem is not a subject in any negotiations with anyone. It was never the capital of any entity connected to the Arab or Islamic world and was never ruled by a king, sultan, emir or caliph, so that there is no historical or legal basis for demanding that it be the capital of any state other than Israel.

3. Israel has to remind the entire world that Judea, Samaria and Eastern Jerusalem were areas occupied by Jordan for 19 years, from May 1948 until June 1967. Had the Arab world felt it was just and necessary, it could have established a Palestinian state with Jerusalem as its capital then, without anyone in the world disputing it.  The Arabs  refrained from doing that for the 7000 days in which Jordan had control of the area and therefore have no right to demand from Israel what they did not demand from themselves.

5. Israel must immediately shut down all the PA institutions in Jerusalem and any governmental entity that is not that of the state of Israel. Sovereignty cannot be shared or compromised on, because he who compromises with regard to his sovereignty loses it.

6.The police must issue a restraining order against all Islamic Movement activists, first and foremost to Sheikh Raad Salah and his deputy Sheikh Kamal el Khatib.  After that, the possibility of issuing an order forbidding them to leave Um El Fahem and Kafr Kana should be considered.

7. Israel must immediately shut down all the Hamas TV stations broadcasting in Judea and Samaria.

8. Israel must keep the bodies of all dead terrorists who committed terror attacks. To all events, Israel must forbid their burial in Jerusalem, especially not in the vicinity of the Temple Mount, because burial in that spot is an expression of pride in the shahid and  encourages more terror.

9. Israel must announce that it is building a new neighborhood, a new settlement or at least a new building in Jerusalem or Judea and Samaria in memory of every terror victim. Let the terrorists discover that terror makes the Jewish People's connection to its land stronger.

10. Israel must change the way it views Europe. This continent is gradually turning into an Islamist area, and European politicians are becoming more and more dependent on the Muslim voter.They have to take stands dictated to them by the voters in their electoral district, and these brought their visceral hatred of Jews and Israel with them from their countries of origin. I do not see this pattern changing, so that for Israel, relying on Europe is a waste of effort at best and under normal circumstances, like entering hostile territory.

11. Israelis have to internalize the fact that their neighbors do not want them in the Middle East, and that Tel Aviv and Ramat Hasharon as seen as "settlements" just as Eli, Shilo and Neve Daniel are.  The entire Peace industry is just froth topping the waves of the stormy waters of the Middle East. It succeeded in blinding us to the point where we did not accept the reality of the situation and it managed to neutralize the will of some of us to fight for our land and freedom, but it had no absolutely no effect on our neighbors.

12. Israel must develop a psychological mindset that prepares it for a multi-pronged struggle, because many of the countries in the world are against the existence of the state of Israel and will do anything to weaken its security, economic stability and legitimacy.

Israel must publicly condemn people, such as Martyn Indyk, who accept funding from countries like Qatar which uses its money to influence political stands vis a vis Israel.

13. Israel's justice system must internalize the fact that we are struggling for our survival. We cannot relate to enemies of the state as if they are deserving of mercy at the hands of our country's legal system. The legal system was not intended to make the state vulnerable but to base it on law and order so that it can continue to function during difficult times.

14. The people of Israel must trust in G-d and in themselves, they must be prepared to fight for their existence. This struggle is infinitely more important than what the Knesset and the media have been stressing - VAT on purchasing an apartment or any internal political struggle. Ministers and MK's must rise above narrow party considerations and begin to lead the Jewish people in its struggle to keep its land, state and liberty.
Posted by Steve Lieblich at 5:44 pm