Friends of Israel mobilise in Finland

HELSINKI - More than 2,500 people took to the streets of Helsinki on Thursday to express their support for Israel.

The rally, one of several that took place in Europe and the United States, was meant to counter the widespread condemnation of the Jewish state over the confrontation aboard the Turkish-owned flagship of the Gaza flotilla.

Demonstrators carried thousands of Israeli and Finnish flags as they marched toward the seaport, chanting pro-Israel slogans and singing Jewish songs, including the ever-popular "Hevenu Shalom Aleichem" (We brought peace unto you).

Zek Moyal, an Israeli living in Helsinki, told YNet news that most of the demonstrators were not Jewish.

"They came here following a call by a pro-Israeli Christian organization, which coordinated the event with the Jewish community," Moyal said.

Click here to see the rally in New York City.

"Seeing this support brought a lot of joy, particularly in light of the local media's blitz on Israel in the days that followed the incident at sea," he said.

"The picture is beginning to balance out due to the photos of the weapons that were found on the [Gaza-bound] ship [Mavi Mamara]," Moyal said.

Finland's Jewish community numbers about 1,500, 200 of whom are Israeli.

Israeli Ambassador to Finland Avi Granot said seeing the thousands of flag-carrying demonstrators supporting Israel's right to defend itself against its enemies "was very heartwarming."

The rally in Los Angeles [also] drew a big crowd, according to the LA Times. 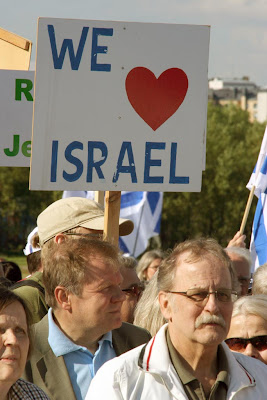 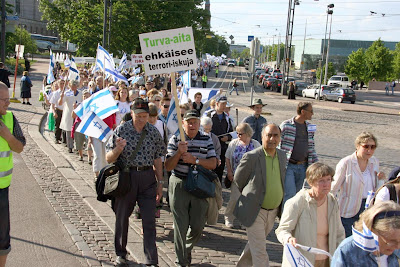 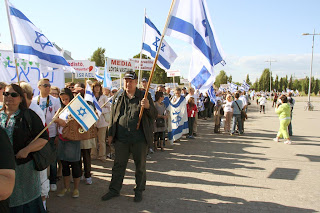 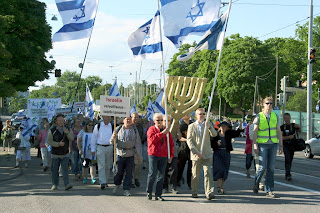 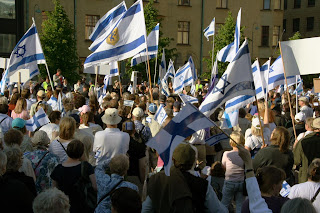 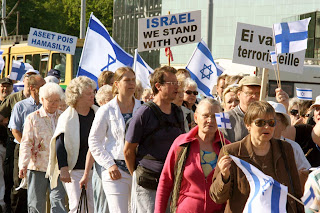 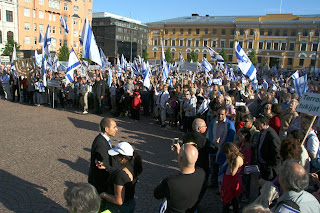 Email ThisBlogThis!Share to TwitterShare to FacebookShare to Pinterest
Labels: Finland

Thanks to Israel Muse for pointing out an error in the posting, which has now ben corrected.