Our Washington and Jerusalem sources report intelligence predictions of an impending revival of the Lebanon war and its spread to the Golan. Tehran and Syria are turning up the heat to obstruct Western moves to curb Iran’s advance on a nuclear weapon and nullify the embargo on arms for Hizballah.

A senior Iranian spokesman announced Wednesday night, Aug. 23 that his government was on the brink of a “dramatic” nuclear development. Some Tehran sources surmise an announcement will be made on significant Iranian advances in uranium enrichment following a breakthrough in activating P-2 centrifuges. This would constitute blatant defiance of the UN and an affront to the six powers and their offer of incentives for halting enrichment.
Already, two days before Iran handed in its response to the offer, a Tehran official announced that the Arak heavy water plant would soon be operational. Iran had thus set its feet squarely on two tracks for achieving the fuel for a nuclear weapon – enriched uranium and plutonium. 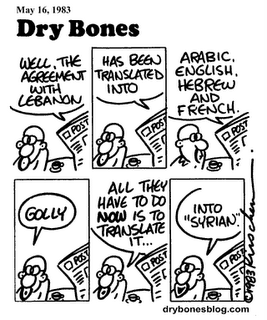 
Damascus, for its part, has threatened three times in two days to close the Syrian-Lebanese border if a multinational force is posted there to monitor the arms embargo’s implementation. DEBKAfile’s military sources expect Syria to make good on its threat by staging violent incidents against any peacekeepers posted on the Lebanese border, matching them with skirmishes on the Syrian-Israeli border dividing the Golan. Hizballah will chime in with attacks on the Israeli troops deployed in South Lebanon until an international force can take over - and the UN-brokered ceasefire in Lebanon will come crashing down.

Wednesday night, Damascus and Tehran were shown to be in tight coordination when an Iranian official in Tehran revealed the rise in Syria of a new guerrilla group dedicated to challenging the IDF on the Golan in the same way that Hizballah fights Israel. He made it clear that Tehran was solidly behind Syria’s military initiatives.

Amid deep pessimism in the White House, the UN secretary Kofi Annan is being sent post haste to Israel, Lebanon and possibly Syria and Iran. Part of his mission will be to seek guarantees that Hizballah will refrain from shooting at multinational troops deployed in the south. To hold water, those guarantees must emanate from Syria and Iran. The key to easing the rising war tensions would be a substantial bribe for Tehran, such as a promise from Annan to block American moves for sanctions in the August 31 Security Council meeting on Iran’s non-compliance with the enrichment ban. Since the UN secretary cannot make such a promise, the war tension will continue to escalate and the prospect of a multinational force for Lebanon will remain elusive. No government is prepared to place its soldiers in the line of fire. But rather than blaming the impasse on the saber-rattling and intransigence of Tehran and Damascus, Israel will most probably be held to account for keeping its army in Lebanon and refusing to lift the air and sea embargo curbing the flow of arms to Hizballah.
Posted by Steve Lieblich at 12:59 am